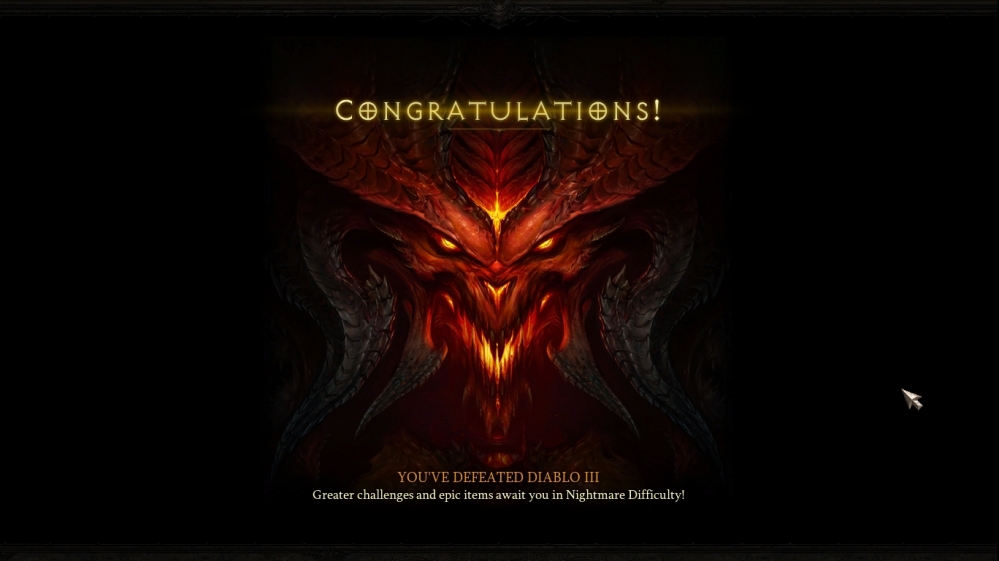 Yesterday I finished Diablo III on Normal as a Barbarian. Overall I can say I enjoyed the experience, especially after I dumped the idea of spending all my gold on blacksmithing. Instead I used my gold to buy better gear in the auction house and greatly increasted my DPS making the game much less difficult. I will say that ACT IV felt sort of rushed and was the quickest of all of the acts in the game. This makes little sense since it’s the climax of the game where you’re chasing down Diablo in an effort to destroy him once and for all. The final battle was also pretty anticlimatic and lasted at most 5 minutes which was disappointing. Of course now there’s Nightmare mode, where I get to start the grind all over again. I can only hope a future expansion will develop the game further. Until then let’s grind for gold and gear, shall we?