I haven’t had a lot of time to play with iTunes 11 today before work, but I figured I’d leave you with some screenshots to show off the updated interface for now:

If CNET is correct, we’ll be seeing a revamped iTunes sometime today. Steven Musil notes that this will be the first major update to iTunes since iTunes 10 released in 2010, and it will have a revamped user interface with social networking integration.

I love iTunes and look forward to playing around with the new version as soon as I’m able to download it. The lack of social networking interaction is one of the only things I’ve felt iTunes has lacked. I’d love the ability to share songs I’m listening to (like Pandora allows) and maybe even share purchases and playlists. We’ll see what exactly Apple includes in less than 24 hours! 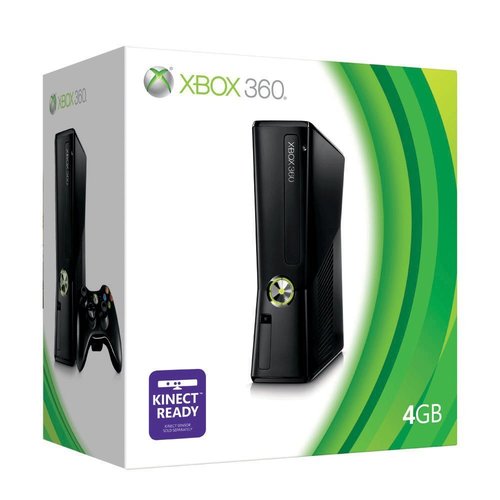 USA Today has reported that Microsoft has sold 750,000 Xbox 360’s last week. This number is quite impressive considering Nintendo’s “next-gen” (more like catch up with current gen) Wii U sold only 400,000 units during the same week. For some people the Wii U was hard to find, but I’ve seen them all over the place in EVERY story I’ve been to since its release. They don’t seem to be selling. Those who are buying them aren’t even that impressed with them (listen to the last few Giant Bomb Bombcast’s for example). Giant Bomb reports in their current podcast that in Black Ops II they haven’t seen more than 700 people playing on the Wii U while on the Xbox the number sits around 600,000 online players at any given time. Just saying. Go Xbox!

I see the title everywhere, and it seems you can play video games and not be a ‘gamer’, so what exactly is a gamer? Why are people obsessed with this label? I hear “if you only play Call of Duty you’re not a gamer” or “if you only play easy games, you’re not a gamer”. Why not? I don’t understand this at all. Personally, I play video games for fun and I’ve done so for over 20 years. I’ve owned a NES, GameBoy, SEGA Genesis, Nintendo 64, PSone, PS2, Xbox and Xbox 360 (in that order). Also an iPhone and Kindle Fire HD (mobile gaming). What does that mean? Why does it matter?

I mean if you enjoy watching TV are you a ‘TV’er’? ‘couch potato’? TV fanatic? The same goes for movies. Or cars even. Now I know there are people who are obsessed with movies and consider themselves some sort of movie hipster. And there are car people for whom cars are more than just a vehicle. But what difference does it really make? If you have fun playing video games, you have fun playing video games. That’s it. You might be part of a gaming community, be it Xbox Live, a forum, a website or even a blog. But does it really make a difference?

I’ll stop rambling now, I’m just tired of seeing the gamer vs non-gamer argument. Who cares. It’s a hobby. It’s a form of entertainment. If you play a game and I play a game, what’s the difference? Am I not having the same fun? Experiencing the same thing?

So you thought there could never be a song worse than Rebecca Black’s “Friday” did you? Well you might be wrong. I didn’t research it, but I can almost guarantee this song is written by the same person, with such insightful lyrics such as “December was Christmas, January was New Year’s, April was Easter, 4th of July and now it’s Thanksgiving….. we we we gonna have a good time.” 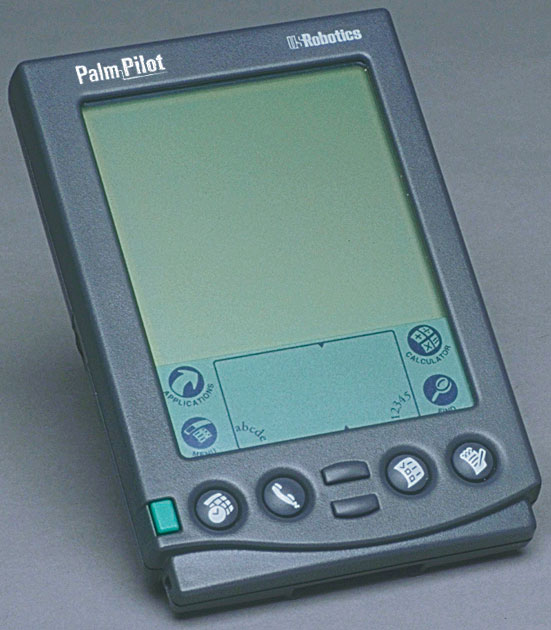 How many of you reading this can actually say you’ve owned a PDA (personal digital assistant) or Palm Pilot? When I first saw them while I was in middle school I knew I had to have one someday. Think about it, your own computer in the palm of your hand! You could update a calendar, write notes, send an e-mail maybe. I did end up getting a youth PDA and I used it to play such amazing black and white games like hangman.

The PDA has gone the way of the pager, replaced and made to look archaic by the cell phone and ultimately the smart phone and tablet computer. There are still people who use Palm / PDA devices today, but really how useful could one be? I would think the closest thing to a PDA today is the iPod Touch, but at least that doubles as a MP3 / digital media player.

Do you still have a dedicated calendar / organizer device? Why?

Millions of people hit the streets this past Friday (the shoppers holiday known as Black Friday), were you one of them? For the most part the holiday is a festive one, with people in the Christmas spirit enjoying a good day of shopping with friends and family. And yet hundreds of videos popped up on YouTube showcasing the ugly side of the holiday, like the one below.

There were plenty of deals to be had on everything from TVs to tablet computers and of course video games. Did you take advantage of any of the sales?

I decided to take advantage of GameStop’s buy 2 get one free used game / hardware sale and I picked up The Elder Scrolls IV: Oblivion GOTY, Assassin’s Creed II and You Don’t Know Jack.

It may come as a surprise, but for as popular as the Assassin’s Creed series is, I’ve never actually played any of the games until yesterday. Well I played maybe an hour of Assassin’s Creed II once, but I never sat down and got into it. Yesterday, however, I finally started at the beginning, with the first Assassin’s Creed (released in 2007). Five years have come and passed and this game has only made it into my library this week. I’m not sure why. Maybe it’s because five games have come out so quickly I felt overwhelmed and though I’d never catch up. And maybe there’s something a little disconcerting about having to play FOUR games just to get to Assassin’s Creed III (I don’t even know which game comes after II, Revelation or Brotherhood.. Furthermore I don’t know if either have anything to do with the story…Since they’re not numbered I’d assume I could skip them and go right to III, but who knows).

Anyway, here I am and I’ve finally played a few hours of Assassin’s Creed. So far it’s been fun, but I don’t feel like an Assassin at all. Every battle just turns into an anything but quick and silent sword fight against numerous enemies at once. I might as well just roll in with a bomb because there’s no way to be any less obvious. Maybe there is a way to actually assassinate people, but it sure doesn’t seem like it. Also the whole climbing thing feels very slow and annoying a lot of the time. When I’m trying to escape I climb like I’m in no hurry at all and often fall over and over again trying to actually get somewhere (or I’ll just bounce off of walls and end up getting stabbed in the back).

Other than that the only other thing that’s annoying me is how slow travel is in the game. Every time I have to leave the main hub it feels like I’m riding a horse for ages just to get to the next area. It’d be really nice to have some sort of fast travel system, because I’m tired of riding around over and over again. It’s not as bad once you get into a city (though again, climbing is a tad too slow) but it’s a pain to actually get there.

Otherwise I’m enjoying  the game. I just don’t think it’s as amazing as everyone makes it out to be…And I have absolutely no idea what’s going on story wise…I’m just killing people I’m told to kill.

I’m hoping Assassin’s Creed II will be a slightly improved experience and then I’ll just have to figure out whether to skip straight to III or play the two games which I can only assume are side stories, first.

So I ended up making the $15.99 purchase of Final Fantasy III on the Kindle Fire HD and so far it’s been a blast to play. First of all it looks great on the 7″ HD display (I think it’s also available on the regular Fire, and presumable the 8.9″ Fire HD). It also sounds great on the improved stereo speakers on the Fire HD. The touch analog stick makes navigating the world a breeze. Basically you can touch the screen anywhere and an analog stick pops up allowing you to move your character. This is great because sometimes it’s more convenient to control the action with my left thumb, while at other times it’s better to do so with the right thumb. The menus are also easy to navigate by touch and picking options in the turn based combat is fast and easy.

I’m very impressed by the quality of the game so far and I’m only about an hour in so my adventure has just begun. 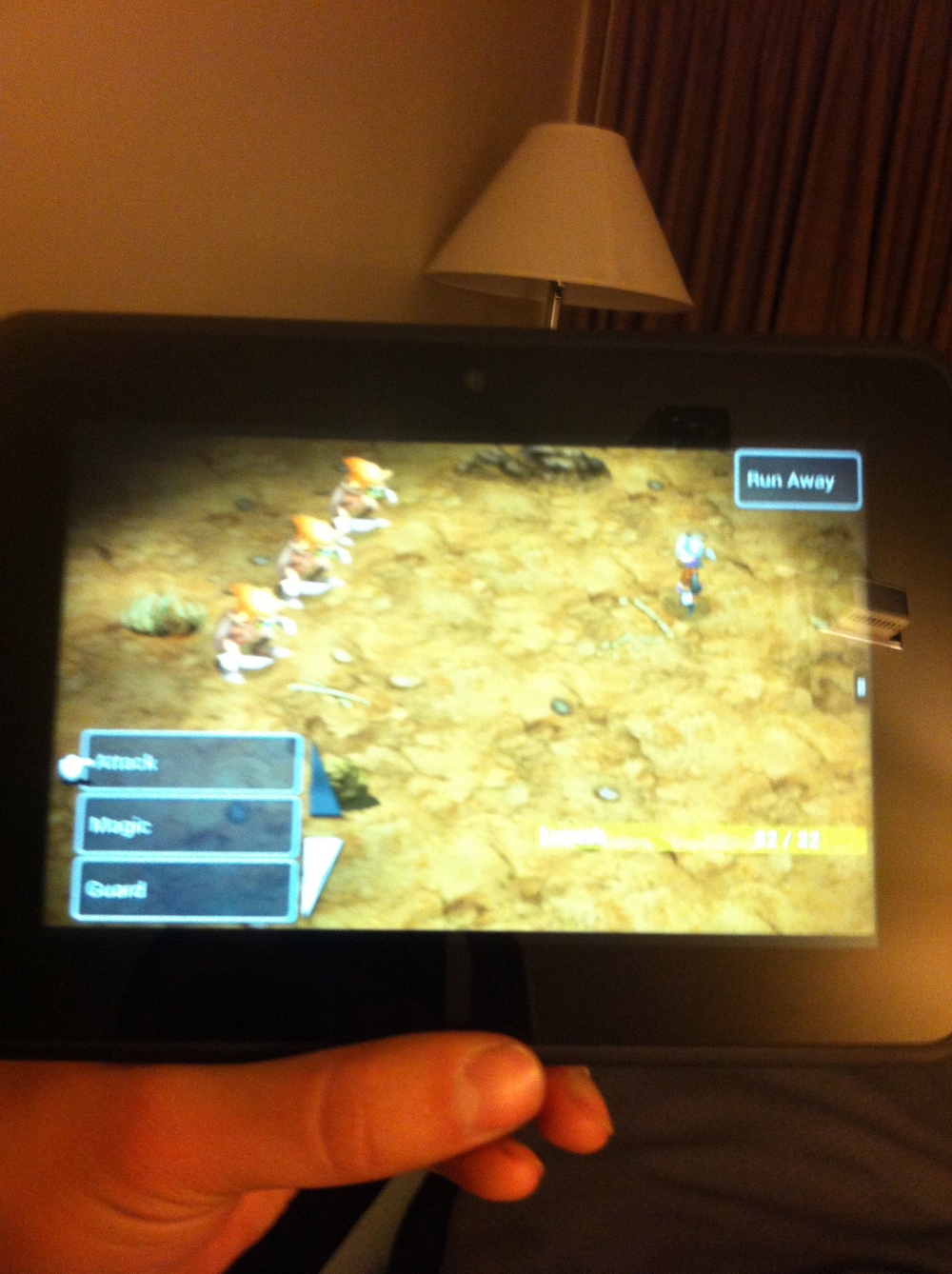 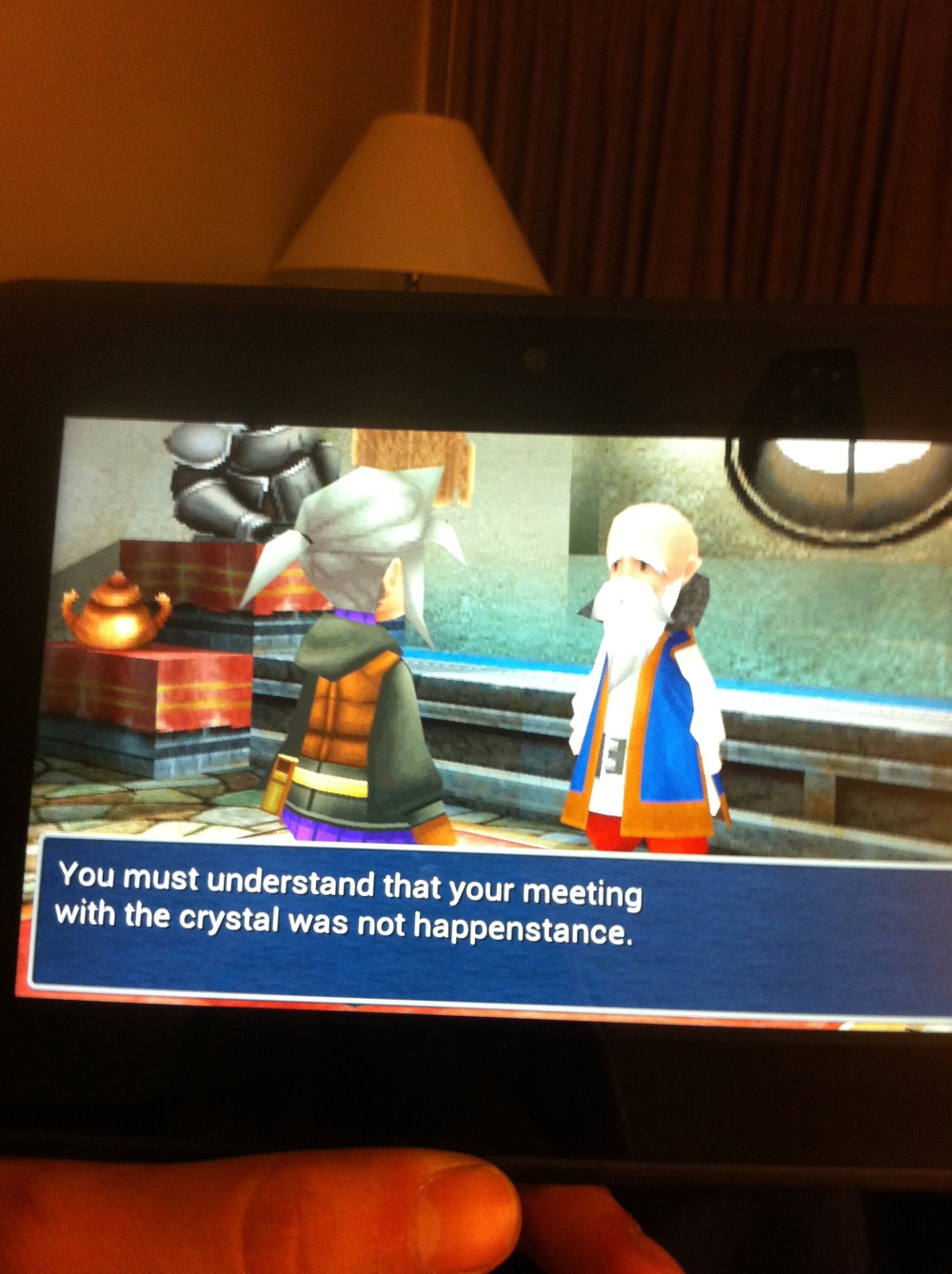 So the Nuketown 2025 map for Black Ops II has been advertised for months as a ‘pre-order exclusive’ map, available only to players who pre-ordered Black Ops II. And yet today I walked into the Bx and purchased Black Ops II and still received the Nuketown 2025 map. Could it be that not enough people pre-ordered the game so they just stuck all the pre-order copies on the shelves? I don’t know. Anyway I got the ‘exclusive’ bonus days after the game was released. No money down, no pre-order, nothing. Just walked into the store and I was rewarded with the map. Win?

avideogamelife
Create a free website or blog at WordPress.com.