So this weekend I brought my Sony digital media player to my girlfriend’s house so that we could watch some movies (because who rents DVDs anymore, really?) However I forgot to throw the remote in my bag. No problem I thought, there’s an iPhone app that lets you control the device. I download the app and it tells me I need to turn the streaming player on first to set it up….Ok… The problem is, there is NO on/off button on the device at all. I’m not sure if Rokus and Apple TV devices are the same, but there is literally NO way to power on the device without the included remote.

I tried unplugging the device and plugging it back in which causes it to power on and display SONY on the TV, but it immediately goes into off / standby after it powers up. I tried pushing the reset button on the device which did the exact same thing as cycling the power.

I even bought a cheap universal remote thinking I could program it to turn on the Sony streaming player. False. None of the Sony codes would work with the device. Lastly I called Sony tech support only to be told that indeed there is no way to turn on the device without the remote, and I could order a new one for $45. Forty-five dollars? Are you kidding? The streaming player itself was $99, who would pay half that price for a new, cheap remote (pictured below). I asked them if there was a way to program a universal remote only to be told they can’t help me unless I have a Sony universal remote and I’d have to call Phillips to see if they could help. 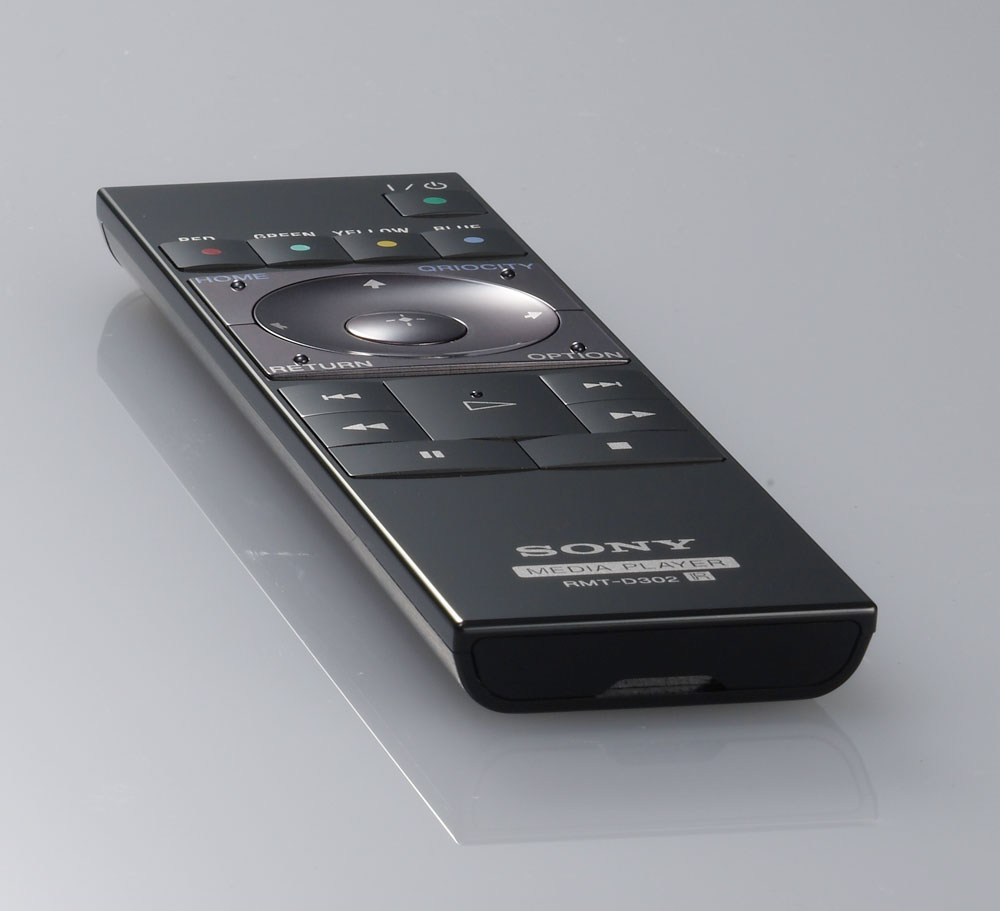 What a mess… I find it hard to believe that the ONLY way to turn the device on is with a cheaply made $45 remote you can only get through Sony. Not cool. I think I’ll be selling this device and getting an Apple TV.