I’m one of the few people who actually love the look, feel and function of Windows 8. I’m not sure why exactly, but I found it somewhat exciting to use and learn. Maybe because it was finally something new from Microsoft whose operating systems previously all looked and functioned quite similar.

Microsoft’s first tablet, the Surface RT, also looked quite exciting and fresh. It still looks quite appealing aesthetically. I love the simple design with the new Windows logo sitting down at the bottom beneath the screen. I love the Windows RT (not quite Windows 8) with its live tiles and ‘pretty’ colors.

A part of me really wants to try the Surface RT (the Surface Pro won’t be quite as affordable when it hits stores in a little over a week for $899) but I’m not going to. Why? Because there’s one tech personality whose opinion I value more than any other, and that’s Chris Pirillo. His LockerGnome YouTube channel is filled with tech news and opinions and I’ve followed Chris ever since he was a host on TechTV’s Call 4 Help many, many years ago.

His Surface RT unboxing and Surface RT review have persuaded me to pass the Surface by and consider an iPad as a full sized tablet (I own a 7″ Kindle Fire HD which is a pretty good affordable, smaller tablet).

Chris starts off his review (below) by quoting several reviews from other reputable sources, most of which caution against purchasing the Surface RT, one of which causes it “in most ways inferior” to the iPad. Chris notes that the sound quality of the Surface is quite bad and the 32gb Surface only has 16gb of usable space. He praises the ‘modern UI’ interface and live tiles, calling it one of the best tablet experiences, and yet the desktop mode is “sloppy” and not optimized for a touch screen device (who wants to see a desktop on a tablet anyway?).

So in the end, the Surface looks appealing, but looks can be quite deceiving. Maybe the next gen Surface will offer a better experience, but for now if I do decide to pick up a ‘full’ sized tablet, I’m going to have to go with the 4th gen iPad.

What was Pirillo’s final thoughts on the Surface RT? As you can see below, he returned it to the store.

I was browsing Sundance selection trailers and came across this one and it simply blew me away! I can’t wait to watch it this weekend, but until then I wanted to share the trailer. The film is nominated for 4 Oscars (Best Picture, Best Director, Best Adapted Screenplay and Best Actress) and I certainly hope it wins a few because it definitely looks like an amazing movie.

If you have yet to upgrade to Windows 8 you only have 9 days to do so at the special price of $39.99. After January 31st the upgrade price will rise to the regular retail price of $199. You can upgrade from any previous version of Windows (as long as your PC is compatible). If you’re unsure if you can upgrade, you can download the Upgrade Assistant (here). Simply run the tool and you’ll find out if you’re eligible to upgrade on your PC. Using the tool is also the first step to upgrade if you do want to purchase the Windows 8 Pro upgrade.

I personally love Windows 8. It’s quick, convenient and looks sleek. It runs just fine on my MacBook as well (installed via BootCamp). Definitely worth $40. I’m not sure I’d pay the $199 for it, but $40 is a steal!

Last night I watched To Rome with Love which features a cast filled with great actors, including two of my favorites: Jesse Eisenberg and Ellen Page. The film follows several stories of love, cheating and self discovery, all taking place in Rome. Each of the individual stories is well told and together they make for a great story that is more about Rome and life lessons (growth maybe?) than one individual story (if that makes any sense).

At least 70% of the dialogue is spoken in Italian with subtitles, and the beautiful language makes the film all the more enjoyable. It’s a very happy film and the soundtrack fits perfectly, with “Amada Mia, Amore mio di El Passador” (below) played all throughout the movie.

I was able to see Compliance, a thriller that shocked and disturbed its audience at Sundance 2012 before its limited August release. The film is written and directed by Craig Zobel who is probably most well known for co-creating Homestar Runner. It is based on a series of prank calls commonly called the “strip search prank calls”. The film follows the events of the most disturbing of these calls (there were at least 70 reported in all), which took place at a Mount Washington, Kentucky McDonalds.

Without spoiling too much of the movie, basically a guy calls a fast food restaurant and claims to be a police officer who is too busy to come by in person. He instructs the store manager that one of her employees has stolen money and she needs to help him investigate. He tells her he is fully responsible for her actions and the investigation and she won’t be doing anything wrong. She is ordered to detain the employee, and things roll down hill fast.

The film explores how people respond to authority figures and just how far they’ll go to obey an authority even if common sense seems counter to their actions. The entire movie I was writhing in my chair and nearly screaming at the screen. Who would let these events happen? Who would comply with these absolutely insane actions? Why? And this REALLY DID happen!

I highly recommend seeing this movie and reading about the story. Compliance has an 89% Rotten Tomatoes score and is definitely worth a watch. 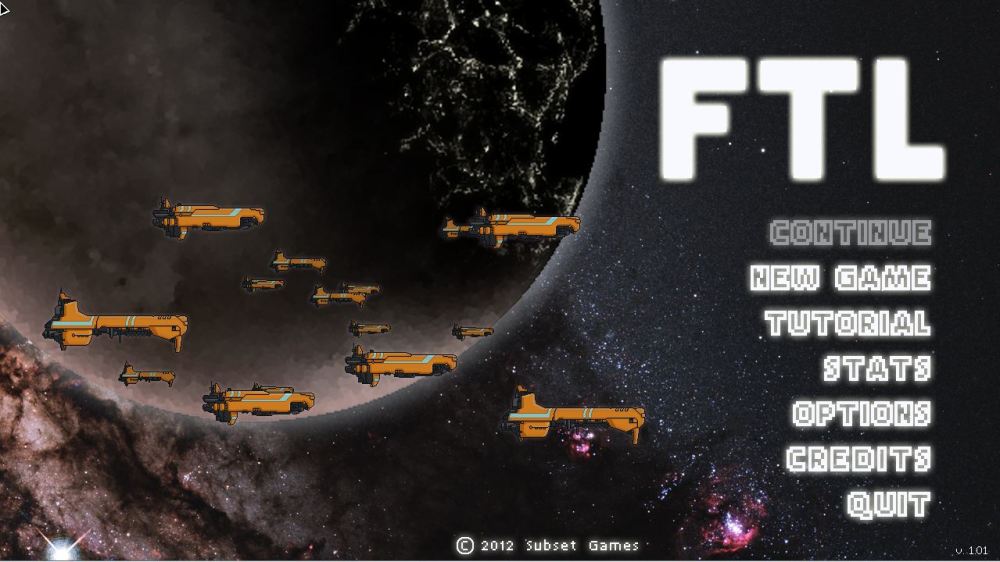 FTL is on sale for $4.99 (regularly $9.99) on Steam once again in this week’s weekend sale. If you missed it during the 2012 winter sale I highly recommend you take advantage of this offer and buy FTL. It’s an incredible game, well worth the money. You won’t be disappointed.

I was worried over the last few months because there was a lot of talk of 2K not renewing its license to make MLB games which would make the only baseball game Sony’s The Show. Therefore 360 gamers would be entirely shut out of the 2013 baseball season which would be quite tragic. Luckily 2k revealed MLB 2k13 yesterday with a March 5th release date.

This indie point and click game developed by Cardboard Computer looks absolutely amazing. The art style is quite unique and beautiful and the story / game world looks incredibly interesting to explore. Kentucky Route Zero is an episodic game (much like The Walking Dead) with Act I out now for $7. You can purchase the acts individually (which will cost you $35 in the end) or buy them all now for $25 which also gets you the soundtrack and access to their newsletter. They claim the acts will be released over the next year or so, here’s to hoping we get to see them all this year.

Kentucky Route Zero is available DRM free for Windows and Mac via the game’s website. Be sure to check it out!

Wordament is a fun and addicting iOS game and it’s also the first iOS game to feature Xbox Live achievements (if you login via an Xbox Live / Windows Live account). It’s basically a boggle game but it’s unique in that there’s always a game going on. As soon as you open the app you can be thrown into a game in progress and finish out the round. You’ll get a score based on the words you find in the round and at the end of each round you’ll see a leaderboard showing you how you match up against everyone else who was playing that round.

There’s no waiting for games or waiting for your turn, it’s always on in a sense. This is what makes it addicting. You’ll be telling yourself “one more round” as you lay in bed and next thing you know an hour has passed.

I love that it has Xbox achievements and that it’s 100% free. Sure the achievements are only worth 5 gamerscore each, but it’s a nice addition. Let’s hope Microsoft brings more games to iOS soon.

Promised Land is in theaters everywhere today (it had previously been in limited release) and I’m quite excited to see it. The story looks great and Focus Features movies are always great. Focus Features have produced / distributed many great films including Coraline, 9, ParaNorman and more recently Anna Karenina (currently in theaters). I look forward to seeing Promised Land soon.