I’ve had Darksiders in my Steam library for awhile now (as part of the THQ bundle) but never played it. So tonight I plugged in an Xbox 360 controller, booted it up and played for a few minutes. Having recently rented and played DmC: Devil May Cry, I have to say it feels very, very familiar. You get thrown into a space with a bunch of enemies, the exit blocks off with a magic forcefield, you use a combination of light and heavy attacks and combos to fight off the enemies thus opening the forcefield and allowing you to progress.

There are plenty of combos and a combo counter will flash on the side of the screen as you hack your way through enemies. This type of gameplay just isn’t for me. It’s okay, but not something I want to do for an entire game. I’m also not really into the whole platformer thing either…The climbing and jumping and fighting and climbing and jumping….

The game looks cool though… I might play it a bit here and there in the future, but I can’t see myself getting too involved.

This weekend my girlfriend and I got bored so we got in our car and started driving around. Ended up on the Main Oregon Trail Back Country Byway outside of Mountain Home and it was a fun drive. Though it was a little rough on my Nissan Versa…I really need an off road car for around here. 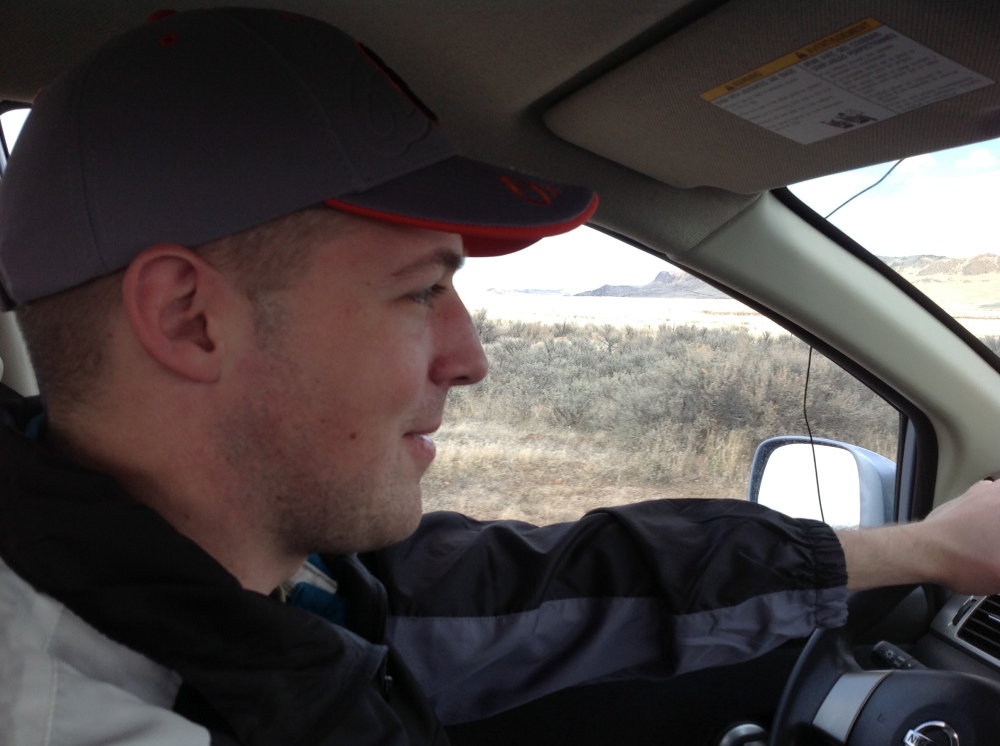 I tried one of the new Mountain Dew breakfast drinks today and it’s pretty good. It tastes a lot like a mixture of fruit punch and ginger ale or sprite and it goes down very easily. The only problem I have with it is that there’s only 92mg of caffeine in the 16oz can, compared to the 240mg in a 16oz can of Rockstar Punched (my go to energy drink).

It seems like the Mountain Dew Kickstart drink might be easier on the stomach than a full on energy drink after a night of drinking, but I can’t see this being a go to energy drink for anyone but those very sensitive to caffeine. It just doesn’t have much kick at all, despite the name.

In the end it tastes good, so maybe it’d be a fine alternative to ‘regular’ Mountain Dew during a gaming session, but I wouldn’t reach for it in the morning.

I listen to SiriusXM often in the car, but just as often on my computer or phone while I’m working out, cleaning or reading. The other day I was surprised to find a new and improved SiriusXM internet player. You can still listen in on the live broadcasts on the hundreds of channels available, but now there’s a new feature called MySXM.

As you can see below the MySXM logo appears next to the player and you can click on it to switch between your personalized MySXM channel and the live channel.

MySXM will let you adjust the types of songs a channel plays, giving you an experience somewhat similar to Pandora or Spotify. For example Alt Nation lets me choose whether I’d prefer more familiar songs or newer songs. Guitar based songs or more electronic based songs, and lastly newer or veteran artists. It’s an interesting addition to a great music service.

I’m now back to playing Sim City without any issues, thankfully. I have to get ready to head to work, but I’ll post a few screenshots from today. My city / region is just starting to take shape. 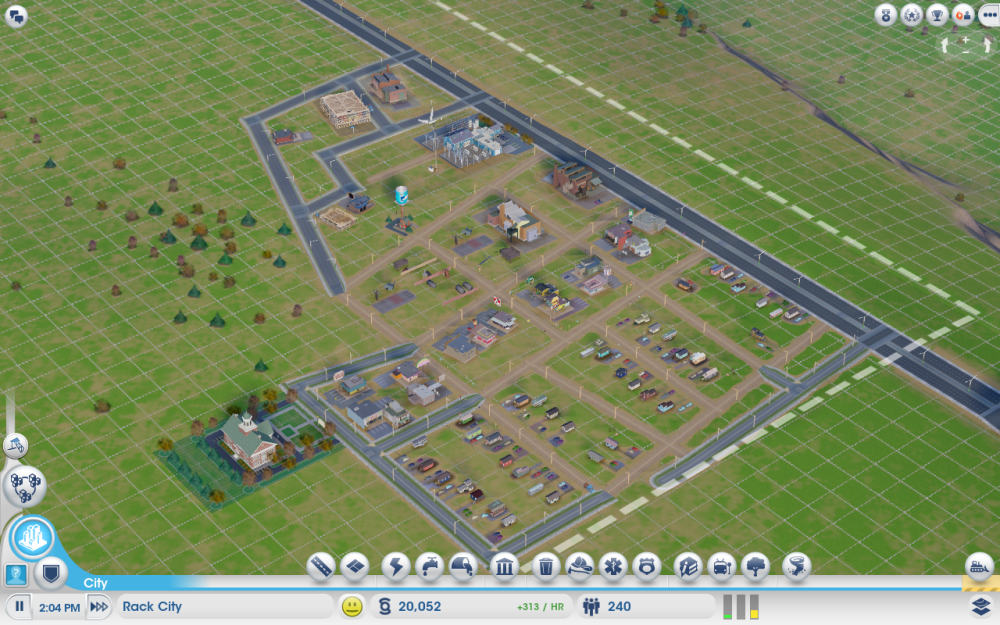 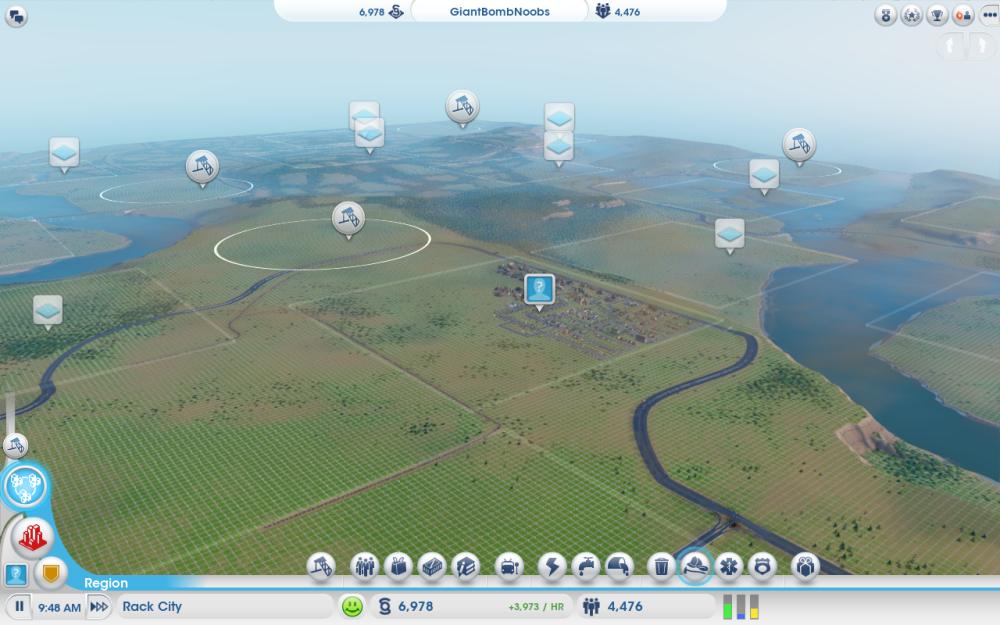 Came across this on Facebook today and thought it was worth sharing. Pretty catch song and amusing animation.

So by now everyone knows all about Sim City’s problems. Despite the poor reception I still decided to pick up Sim City this past Saturday. I managed to get it as an even trade from GameStop (traded in Dishonored, Forza Horizon and Madden 13 for exactly $59) and downloaded and installed the game on Sunday.

At first I got hit with this: 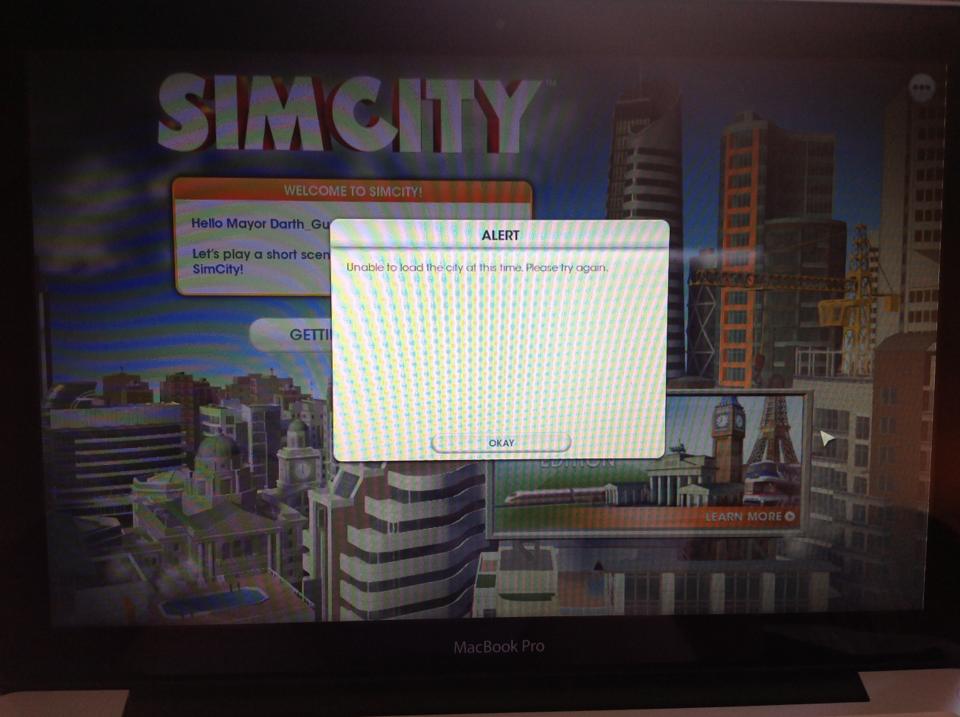 Sorry the picture is hard to read, but the error message reads ‘Unable to load the city at this time. Please try again’. I kept getting this error when I’d click ‘Getting Started’ and thought I was screwed. However I soon discovered you can change the server you’re connecting to from the launcher and once I switched from Pacific 1 to Pacific 2 I had no problem launching the game and playing the tutorial.

I was able to play the tutorial without any issue at all and it was a fun experience. The game looks great, and I was excited to dig deeper into it Monday night. 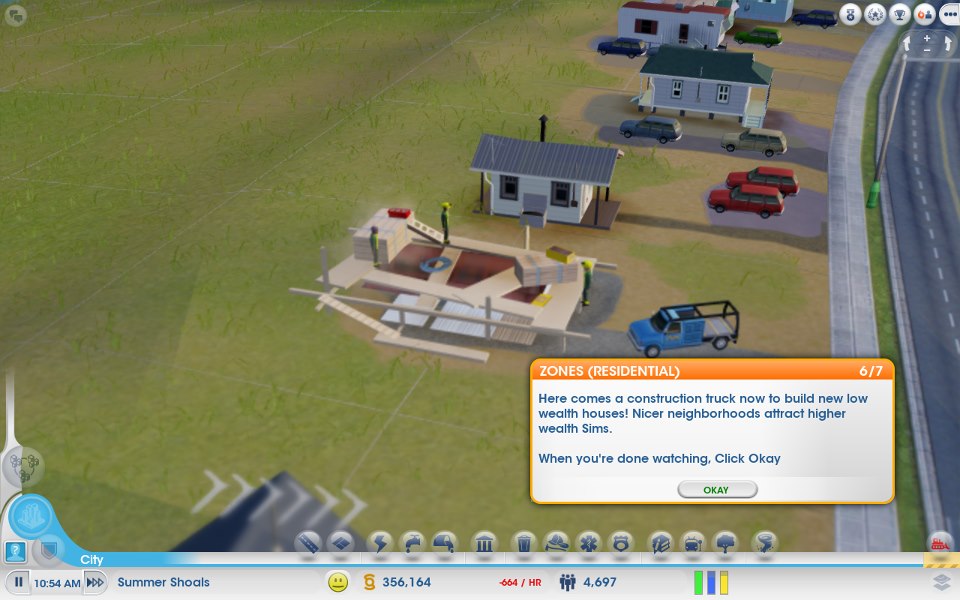 Unfortunately, fate wasn’t on my side. When I tried to launch the game last night I got a message saying it was unable to access required data files and I should reinstall the game.

Okay….no big deal I thought. I uninstalled the game and downloaded it again from Origin…. Then when the updater ran it would crash every time at 20%. I did some research and found the EA recommend fix is to delete the user data file and run the game again, thus starting the update over again. (I’m assuming the updater is actually downloading all of the game data, as the initial download is quite fast and the user data folder was over 1gb).

Now I’m running the updater again and am currently at 15%. It’s a painfully slow process, it’s been updating for almost an hour and is only at 15% (my internet is 10mbps). All I can hope for is that it doesn’t crash at 20% again, and maybe tonight after work I’ll be able to play the game again.

Do I blame EA for these issues? Not really. If anything it’s just as likely Windows 8’s fault, or the fact that I’m installing the game to an external hard drive. I don’t really follow the ‘blame EA’ attitude that most people seem to have. The servers seem to have stabilized and they’re working hard to fix various bugs and address individual technical problems. Not only that, but the gesture of giving out a free game to people who bought Sim City at launch (prior to March 25) is an awesome one.

I picked up Mass Effect 3 as my free game. I played it on Xbox when it came out, but I’m currently playing through 2 on the PC and I was probably going to buy Mass Effect 3 anyway.

I’ve never been very interested in the Tomb Raider series and I’ve only played about ten minutes of the original Tomb Raider on the PlayStation, however something about the new reboot got me interested. There’s just something about the style of the new game that caught my eye in all of the commercials and early reviews. I decided to head out to a Red Box and try it out for myself and so far I’m very impressed.

I’m about three hours into the game and it certainly has a ‘flash’ that I never expected from a Tomb Raider game. The environments look amazing and the scenes in the rain just look awesome. Fire in the game is very important and it looks great whether it’s simply a burning torch or huge explosions.

Speaking of explosions, who knew there could be so many in a Tomb Raider game. This is definitely not a slow paced adventure game. There are HUGE set pieces which get your adrenaline going big time. Some of the most thrilling parts of the game so far involving running, jumping and climbing as the environment crumbles around you. It’s satisfying in a huge way.

Combat is great, especially with the variety of weapons available to you. The bow is incredibly satisfying, especially nailing guys in the knee (an ‘arrow to the knee’ achievement would’ve been amusing). The pistol and machine gun are great for when your cover is blown and an army of enemies has you pinned down.

There are quite a few stealth sections of the game so far which are nice breaks in the fast paced story. It’s just as satisfying to strangle a guy with your bow string as it is to shoot an arrow through their head.

The game looks absolutely amazing and it has some great cut scenes even if the story is a bit awkward.

If there’s one thing I don’t really like it’s all the QTE’s (Quick Time Events) in which you have to push a button on time or die. I don’t like these because half the time I’m not expecting them and can never react in time to survive. I’d rather let the game let me decide how I deal with the decision than have it force me to push a button in order to reach the desire outcome. Most of time these QTE’s set up some pretty cool cinematic kills so I can see why they’re in the game, I guess it’s just frustrating to die because I wasn’t expecting to have to push a certain button.

I recorded me playing the first few minutes of the game, though I couldn’t quite get it set up to record right (just used my iPad to record my TV screen and didn’t quite have it close enough). I figured I’d post it below just for the heck of it. Enjoy.