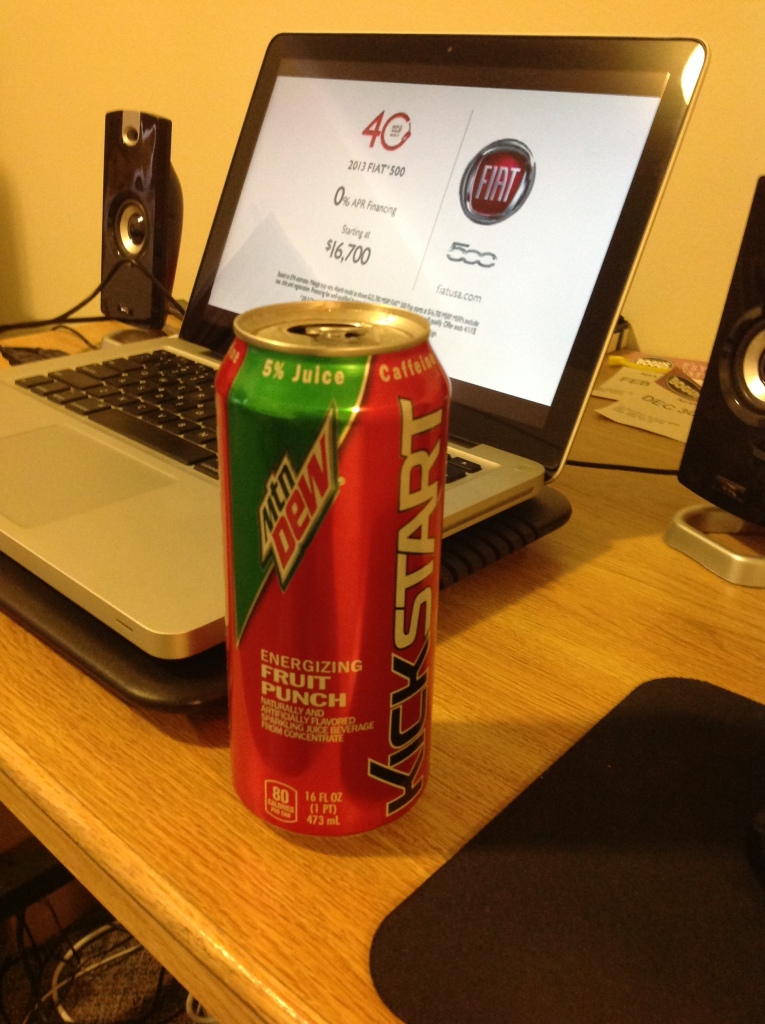 I tried one of the new Mountain Dew breakfast drinks today and it’s pretty good. It tastes a lot like a mixture of fruit punch and ginger ale or sprite and it goes down very easily. The only problem I have with it is that there’s only 92mg of caffeine in the 16oz can, compared to the 240mg in a 16oz can of Rockstar Punched (my go to energy drink).

It seems like the Mountain Dew Kickstart drink might be easier on the stomach than a full on energy drink after a night of drinking, but I can’t see this being a go to energy drink for anyone but those very sensitive to caffeine. It just doesn’t have much kick at all, despite the name.

In the end it tastes good, so maybe it’d be a fine alternative to ‘regular’ Mountain Dew during a gaming session, but I wouldn’t reach for it in the morning.