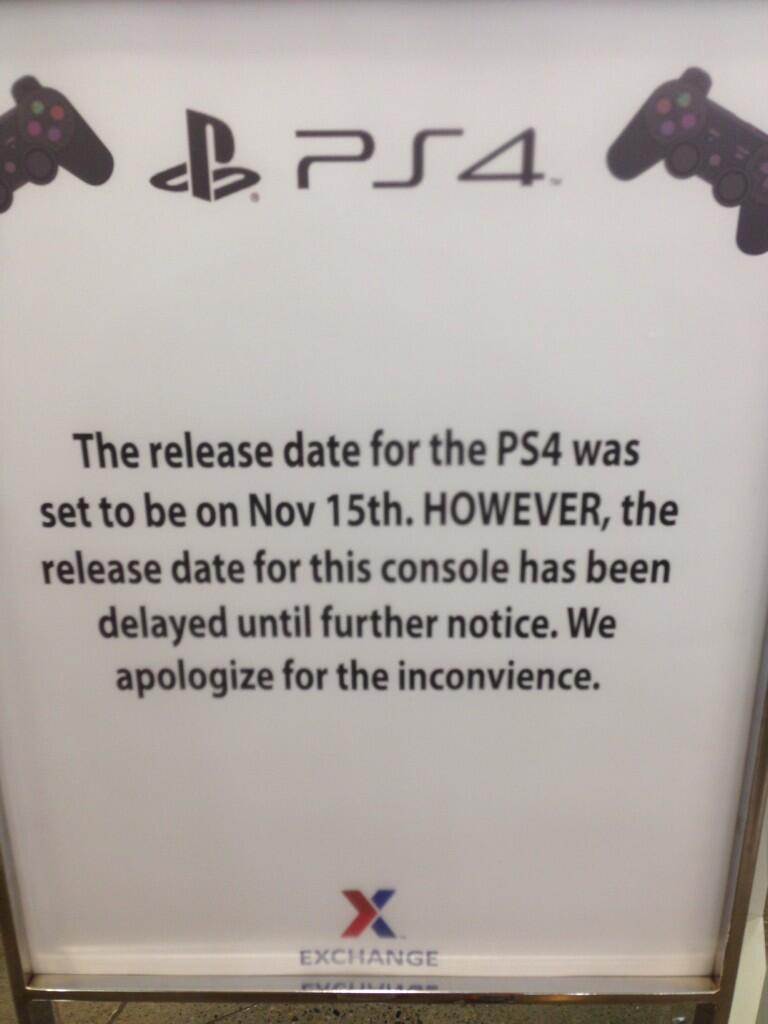 The Bx was supposed to start handing out tickets to buy the PS4 tomorrow, however it appears the console will not be shipping to the Bx in the near future. I’m not sure if it’s just Mountain Home or if other bases are having this problem as well. I knew a few people who wanted to try to buy a PS4 tomorrow, but it looks like they’ll be out of luck.

I’m still leaning toward an Xbox One, however I won’t be getting either for awhile yet. So far it seems the PS4 launch has been a bit rocky as many users are reporting bricked consoles (for those who got theirs early via Taco Bell or other venues that shipped early). We’ll have to wait and see what happens tomorrow.