Lately I’ve been compiling a list of movies I intend to watch in August, if possible, while overseas. A lot of the films in this list caught my attention through their pleasant movie posters and after watching the trailers I can’t wait to watch all of them. Most I hadn’t even heard of until coming across them on Indiewire which has become my number one source for discovering new movies.

I should note that I know little to nothing about any of the films I’m going to list. That’s a lot of what I like about indie films, I can go into them with hardly any knowledge or expectations and experience something new and refreshing.

One of the things that really stands out to me is the use of color in the scenes shown in the trailer. I absolutely love films that could almost double as paintings, if that makes sense. I feel like all the colors mix pleasantly and at the same time stand out against the green, brown and grey backdrops shown in the scenes. This alone has me wanting to watch this film in HD and just enjoy taking in all the scenery.

Next up is Touchy Feely.

Again, I love the poster for this film. I also absolutely adore Ellen Page, so I was already sold on this film before I even watched the trailer. The trailer has piqued my interest, and I don’t know much about the film other than I can’t wait to watch it.

Things take a turn away from the seemingly cheery atmospheres of the previous two films with Blue Ruin. It looks both suspenseful and thrilling and I’m looking forward to seeing how it plays out.

It’s hard to say what exactly caught my eye with this film. I think it has something to do with the title, I just like the sound of it so I figure why not watch it? 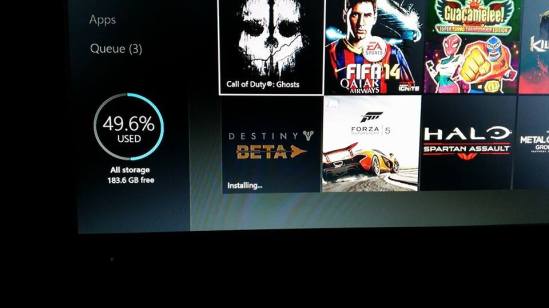 Hey there, haven’t posted in awhile but I just wanted to stop in and offer up two Destiny beta codes for Xbox One. Just throw your e-mail address in the comments and I’ll give the two codes away (probably sometime tonight).

Hopefully I’ll be able to get into the beta after work tomorrow morning (on night shift) and I’d like to post my thoughts on it if I have the time. Until then, thanks for stopping by. 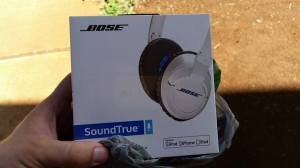 I had been looking to pick up a decent pair of headphones to use while watching movies, listening to music and playing games without disturbing others. My budget was around $150 and I ended up narrowing my choices down to the Bose SoundTrue and Beats by Dre Solo HD 2. They were both priced around $150 at the NEX, though their prices vary elsewhere.

I initially liked the Beats as they had a lot of kick to them at high volume and sounded pretty good, but once I tried on the Bose I knew which one I’d be walking away with. The Bose headphones just have an incredibly rich and authentic sound that I don’t think the Beats are able to replicate. I especially love the sound of acoustic rock and classical music with the Bose headphones. You can close your eyes and feel like you’re right there in a concert hall, I love it! They sound great at any volume and are a huge improvement over the Samsung in ear headphones I had been using that came with my phone.

I’m not sure how I’ve gone this long without owning a pair of headphones like these, they’ve made listening to music on my phone and watching movies on my laptop or tablet much more enjoyable.

I enjoy the way that they look and also that they’re quite comfortable to wear. They are so light you barely notice you’re wearing them, and they never get uncomfortable to wear even for long periods of time. I highly recommend trying the Bose headphones out if you have the chance.