I spent most of today touring the DMZ (demilitarized zone that separates South and North Korea) and I have to say if you ever happen to be in Korea it definitely needs to be on your to do list. It was quite powerful to see everything. Despite its name, the DMZ is one of the most heavily militarized zones in the world, and it’s crazy to be there and see it all. Down here at Osan it still feels very distant and I honestly can’t say I give North Korea much thought ever, but you can tell the people who work in the DMZ area take it quite seriously, and I have all the respect in the world for those who work there. I have to say I was especially impressed by the South Korean soldiers I saw, they have more discipline than I could ever hope for.

I have a ton of photos, but the two I’m sharing below are two of my favorites. In the JSA (Joint Security Area) it’s quite powerful to watch the South and North Korean soldiers standing watch, constantly watching the other. I can’t even imagine what it would feel like to stand there always looking at each other and never communicating. Pretty powerful stuff.

A lone North Korean soldier stares back at us. 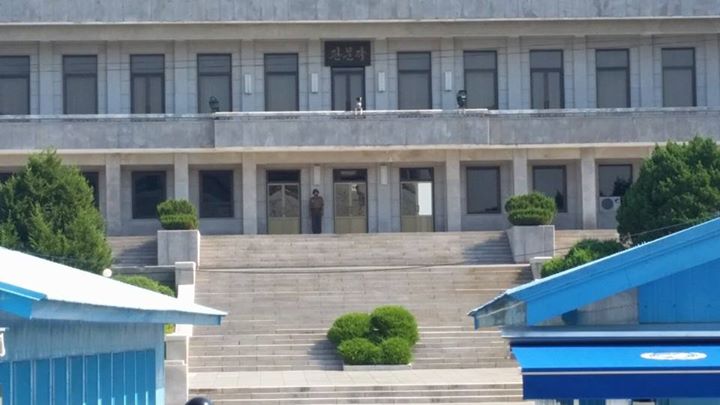