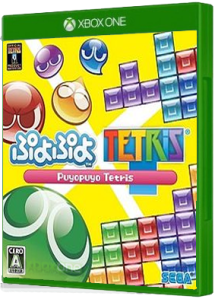 After seeing the quicklook on Giant Bomb and realizing that current gen consoles aren’t region locked, I immediately went over to Solaris Japan and ordered a copy of Puyo Puyo Tetris from Japan. As many were, I was a bit underwhelmed by the recent release of Tetris Ultimate here in the states, but was immediately sold once I saw the Japanese game. The game offers a unique style (very Japan) and a twist on the gameplay with the Puyo Puyo integration.

If you don’t know anything about Puyo Puyo, I invite you to check out Giant Bomb’s quick look, it’s quite entertaining! Can’t wait to play it after it arrives!

I had never imported any video game before, but Solaris Japan made it quick and easy. I was able to pay using PayPal, and after selecting the quickest shipping option the total came out to just over $60 which seems pretty reasonable. The game shipped quickly (the day after I ordered it I believe) and everything has gone smoothly so far. It’s scheduled for delivery tomorrow by DHL, so hopefully I’ll be able to pop it in and give it a try before heading into work tomorrow night.