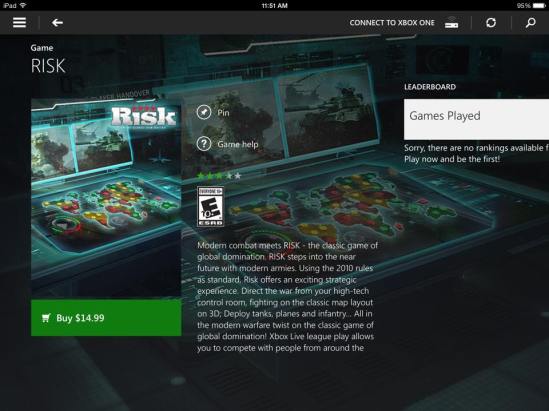 Back in December RISK was posted on the Xbox One store and shortly after pulled from sale. It was mistakenly listed for sale (alongside Trivial Pursuit) and quickly pulled alongside a note saying it’s official release would be expected in early 2015.

Well this time it looks like RISK is here to stay. You can pick it up for $14.99. I’m probably going to end up purchasing it, but until then have any of you played it? What do you think of it? I’m somewhat torn on the price. I feel like $9.99 might be a more appropriate price, but maybe there’s enough content to justify it.