One of my first experiences involving listening to my own music was with a plastic Sesame Street record player (as seen below). 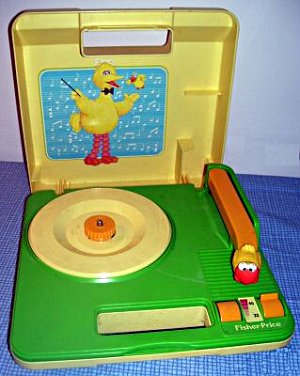 It’s crazy to think about how the method in which people consume music has changed during the 28 years that I’ve been alive. As I was a little older cassettes became the primary medium on which I listened to music. Every now and then I would be able to browse the music section at Wal-Mart and pick up a new cassette tape (one I particularly enjoyed was Will Smith’s “Big Willie Style”).

I would often find myself listening to the radio and recording my favorite songs onto blank cassette tapes and then using the second tape deck on my stereo to record songs in a particular order, creating a ‘mixtape’ to listen to on my Walkman. If I wanted to listen to a song on repeat I would record the same song over and over again to the second cassette (rewinding the first each time). At one point I had a tape on which one side consisted of Notorious B.I.G.’s “Notorious Thugs” over and over again. Before I had a portable CD player I would record CD’s to cassette to listen to on the school bus or while in the car. Road trips and vacations would often begin with stopping and buying massive packs of AA batteries to last the entire trip.

Eventually I got a portable CD player and before long I was lugging around bulky CD keepers in my bookbag all the time. 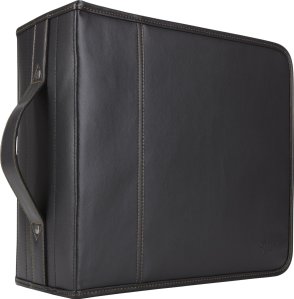 Before long the way we acquired music was revolutionized with the advent of music sharing via P2P services such as Napster, Kazaa, Limewire and others. Was it legal? Of course not, but everyone was doing it. We had dial-up internet during this time and it would take twenty to thirty minutes just to download a single song, but it was such a cool thing to be able to do we didn’t’ mind. I would spend entire nights staying up searching for and downloading songs one by one to make the perfect mixes. In high school I had a portable CD player that could play MP3 CD’s and all of a sudden I could have a single CD with 100 or more songs on it which was absolutely incredible!

Around the same time I began using Napster and Kazaa I managed my music with a program called Musicmatch Jukebox, which at the time seemed like the coolest time ever (even as it eventually begin to include all sorts of spyware and bloatware such as the infamous BonziBuddy). 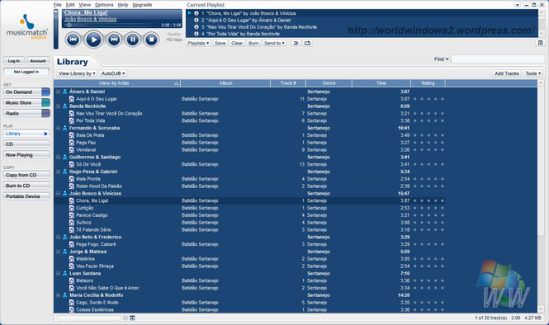 If I wanted to listen to music my TV (or through a surround system) the easiest way to do it was to burn an MP3 CD (or data CD) and play it on a DVD player. At the time it seemed really neat, but compared to just broadcasting via Bluetooth today the method seems terribly archaic.

A few years after all of this I got my first iPod, the iPod Video, which again revolutionized how I consumed music. I could fit thousands of songs onto the 30GB device and even watch movies on it! How cool! 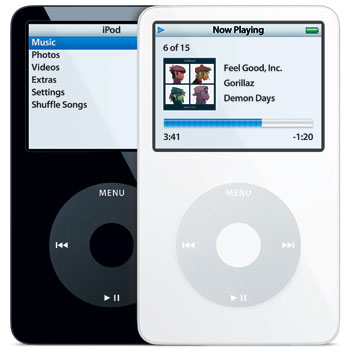 At this time I had a Motorola Razr for a cellphone so the features on the iPod were pretty mind-blowing. I could carry thousands of songs and a movie or two in my pocket, how awesome was that! Another revolution came in the form of iTunes which for the first time made paying for music easier than pirating it. With a click of a button you could download an album from a reliable source and get quality sound files with nothing extra. Unfortunately, I was still on dial-up during this time so I still tended to buy CD’s.

Before long we had the iPhone and at this point you could download music directly to your phone, no computers acting as a middleman. This again changed how people bought, managed and stored their music. Many people never used a computer at all to download or manage their music, and instead just carried their entire libraries in their pockets. No more organizing files, editing tags and keeping track of everything you owned, Apple did it all for you.

For awhile this is how people consumed their music, but today the act of downloading music at all seems silly. Just how CD’s replaced cassettes before being replaced themselves by downloads (first illegally, then legally), the download has all but been replaced by streaming services. MP3 sales are down and continually falling as more and more people simply listen to music rather than purchase or download it. They do so with services such as Pandora, Spotify, Amazon and others (soon to include Apple / Beats).

So much has changed in the music industry, and it’s never been a better time to enjoy music. I use Spotify (Premium) on a daily basis and can’t even imagine a world where such a service didn’t exist. Every Tuesday I check out the new releases page and download albums to my phone to check out on the way to work. I have playlists including my favorite albums or favorite songs that I can access at anytime. It’s so easy to create workout playlists, or to simply download favorite albums to listen to as I please.

Using Spotify is like having access to almost every album in a record store at the touch of a button. It’s so easy to discover new music by either listening to random albums or throwing the new music Tuesday playlist on shuffle. Find something you like and all you have to do is press a button and save it as a playlist that you can download for offline music should you choose.

I almost never buy albums anymore, and when I do they’re on vinyl (strangely enough). Is the trend toward streaming positive in every way? Possibly not, at least if you ask artists such as Taylor Swift who pulled her music from Spotify after claiming streaming hurts the artist. However, with so many services that make it easy to legally consume music, 2015 is certainly a great improvement over the wild west days of the early 2000’s. The evolution of the music industry has made our lives better and I can’t wait to see what happens next!