So last night I finally made it to the first gym in Pokemon X, the Santalune City gym led by Viola. I’ve played the game very little since Vanessa got me a 2DS for Christmas this year, but I’ve been curious about the appeal of Pokemon.

The only other Pokemon game I’ve played is Pokemon Red, back in middle school when I played on an original Game Boy with no color. I remember enjoying the game, however I would often get lost and have no clue where I was supposed to go (especially after not playing for awhile) and at one point I got stuck and never returned to the game.

I jumped into Pokemon X last December and began exploring the world, slowly leveling up my various Pokemon. I not only played the game casually (two hours over six months) but also inattentively. I know very little about the Pokemon universe and have little patience to learn how to efficiently play the game. I honestly barely know what the different abilities do, and it often seems like in each fight I’m just going through the motions without much thought.

As I approached the first Pokemon gym I expected to be met with a challenge.

The puzzle like navigation over the spider web was interesting, and certainly different from how I remember the Pokemon gyms being. It seemed cool at first, but overall I think navigating the web just ended up being a hassle. 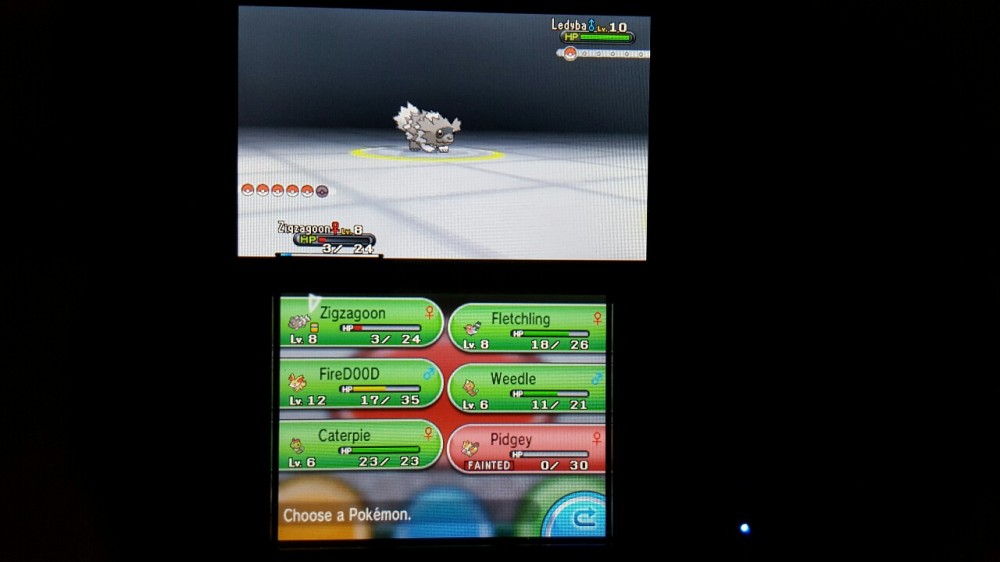 I made the mistake of not healing my Pokemon before entering the gym (I didn’t realize they were hurt as the last time I played was months ago) and I thought this might doom me. However, I made it through the first battle without any trouble and used some potions to heal up the rest of my Pokemon (minus Pidgey of course. Poor Pidgey!). I then finished out the gym quite easily and Weedle and Caterpie evolved along the way.

I’m sure there will be more challenges to come and I’m hoping I can get myself more into the game. I have a long bus trip coming up next week so hopefully I’ll make some progress during that.

Do you have any advice for a Pokemon newbie? Is Pokemon X a good entry point into the series?