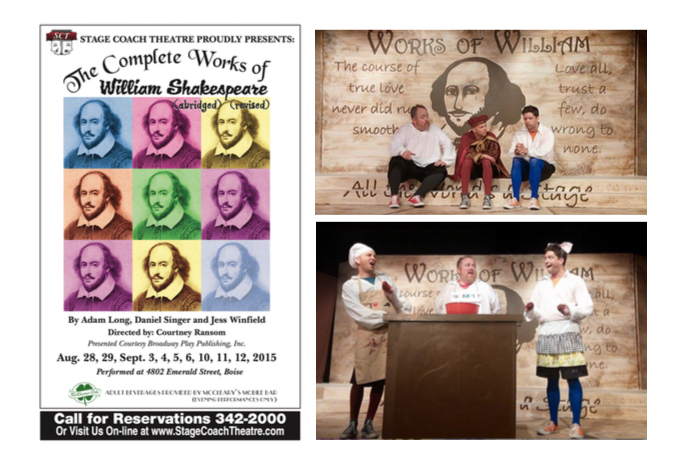 “The Complete Works of William Shakespeare (Abridged) [Revised]” is a hilarious play which succeeds at performing all 37 of Shakespeare’s plays in a mere 97 minutes. Of course, in order to do so the plays must be seriously abridged and the way in which this is accomplished is the cause of many laughs throughout.

The play began its run at the Stage Coach Theatre in Boise on Friday and will run until September 12. We saw Saturday night’s performance and absolutely loved it. 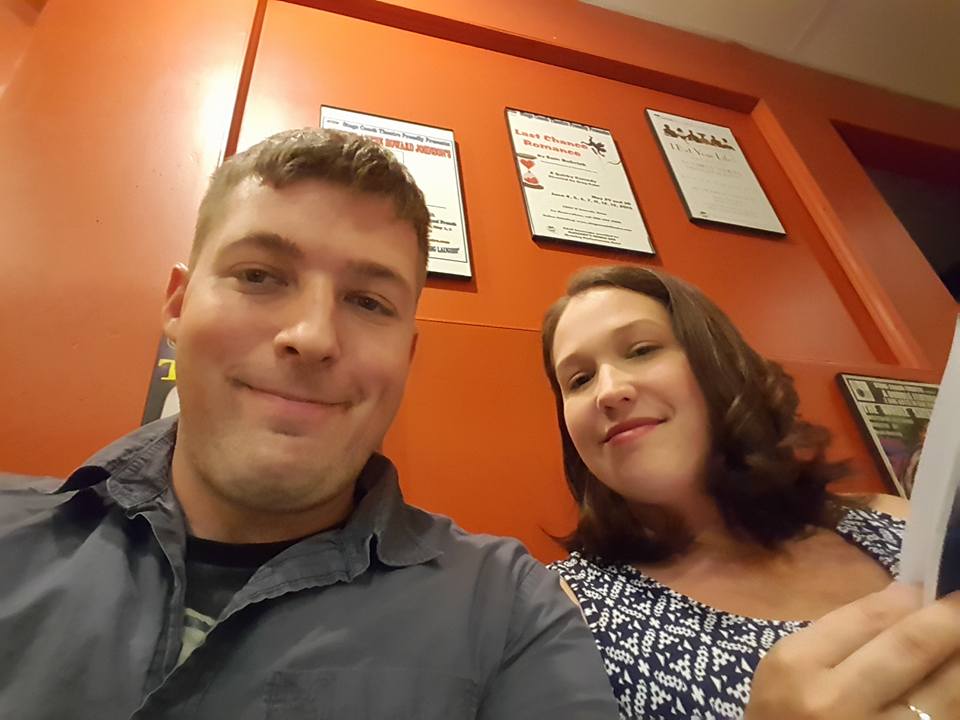 We started the evening off with some cocktails in the lobby while waiting for the play to begin. If Off-Broadway’s “Drunk Shakespeare” proved anything, it’s nothing goes together with Shakespeare quite like a few drinks. The Jack and Cokes were strong and as I sipped it I couldn’t help but take in the wonderful community that makes up the theatre’s audience. So many of those in the lobby seemed to know everyone else in attendance and lively greetings were exchanged between the frequent patrons. The atmosphere inside the theater was filled with a jolly air that increased as cocktails were consumed.

We took our seats in the small, cozy theater and waited for the show to begin. Once it did we never stopped laughing! All three actors were wonderful and played their parts well. They were enthusiastic, energetic and never missed a beat.

If you happen to find yourself in Boise at some point during the next few weeks I highly recommend attending the Stage Coach Theatre’s production of “The Complete Works of William Shakespeare (Abridged) [Revised].” It’s a blast!