Tonight I finally got around to playing some more Breath of the Wild, and I was able to learn some valuable lessons. I started out by heading out toward a spot I marked on my map, up on top of a mountain. I figured I’d try to take a somewhat direct route, and I started climbing some pretty sharp and jagged cliffs. I made sure to scope out an area which had a few resting points so that I could recover stamina on the way up. What I didn’t account for, however, was the drop in temperature that would occur as I got close to the summit. As I neared the top I started to see snow, and was greeted with a notification warning me that if I didn’t find warmth I’d start to lose health. The game wasn’t messing around, because less than 30 seconds later I started losing health in half heart chunks!

I immediately tried to make my way back down the mountain, however I couldn’t seem to climb fast enough. I wasn’t thinking clearly, and rather than trying to eat a few apples to slow my impending death, I decided to continue climbing down as quickly as possible. By the time I reached the second point in which I could rest, Link keeled over and his dead body rag-dolled down the mountain before I was met with a ‘game over’ screen.

Usually dying in frustrating ways in video games angers me and causes me to want to stop playing the game, but fortunately Breath of the Wild has a generous auto save system and rather quick load times ensure you’re right back in the action, near where you left off. This meant that I respawned on one of the resting points, and I was able to climb to safety below. Once I reached level ground I decided I’d better find another way to reach the shrine high above, and I started wandering around the area. It was then that I ran into the old man, chopping down some trees near an impassable gap. He mentioned something about being mindful of how you chop down a tree, and this led me to believe that I could somehow chop down a tree to use as a bridge to cross the chasm, thus putting me more directly beneath the shrine I was trying to get to (and possibly further away from the snowy parts toward the east that I ran into earlier). Unfortunately, after chopping down three trees I was unable to get them to bridge the gap (I assume it’s possible, but I just had bad luck), however not all was lost because I followed the old man back to his campfire where I learned how to cook.

It turned out that learning to cook would prove incredibly important, especially if I wished to survive the cold of the mountain peak above. I whipped up some dishes that will give Link temporary cold resistance by throwing some chili peppers into a pot alongside other random ingredients. I also ended up with several dishes that will heal more hearts than I currently have, which is pretty cool. 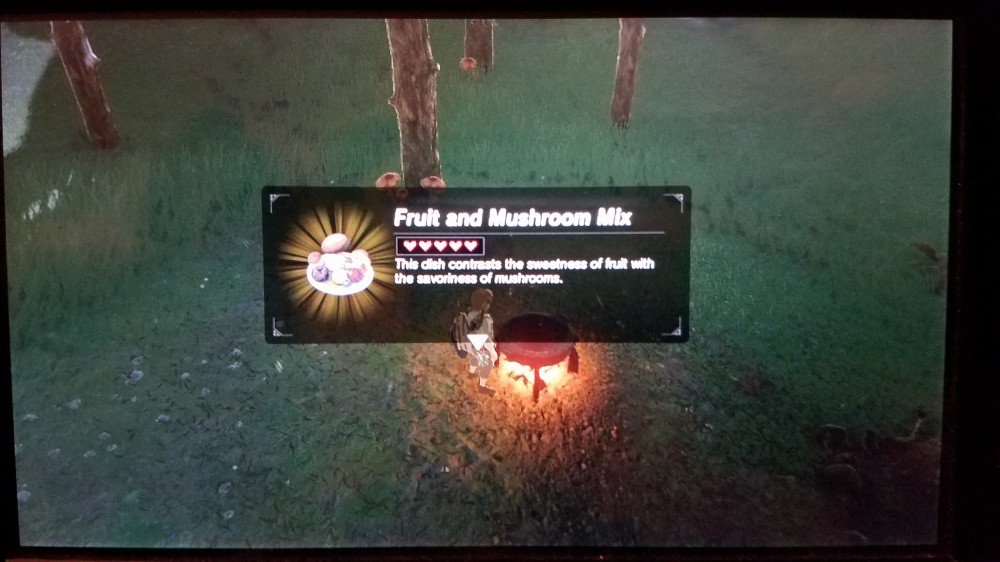 Yet I also ended up with a huge stockpile of barely edible dishes that “shouldn’t” hurt me. 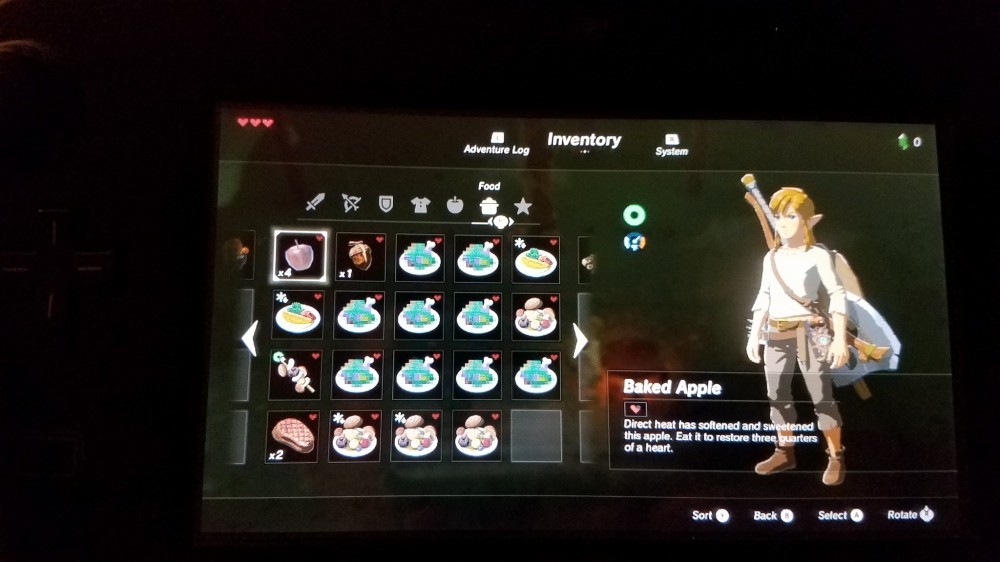 This series of events tonight really helped to show just how amazing Breath of the Wild can be. Everything that happened to me was entirely unscripted. There was no forced tutorial teaching me how to cook, but rather a chance encounter after a reckless attempt to scale a mountain went south. When I learned that I could combine chili peppers with other ingredients to grant cold resistance, I had an “AHA!” moment that I’ve rarely experienced in modern video games. Suddenly the cold weather above would no longer prove to be a deterrent.

Despite gaining the tools I needed to have another crack at scaling the mountain, I instead decided to head in the opposite direction and tackle one of the other shrines I marked on my map. I ended up running into the bomb shrine (Ja Baij). This shrine was pretty quick, easy and painless, though I managed to die a few times on the outside before heading into the trial. After I completed the trial, I warped back to the Shrine of Resurrection and once again set my sights on the snowy path standing between me and the shrine I originally set out to find. 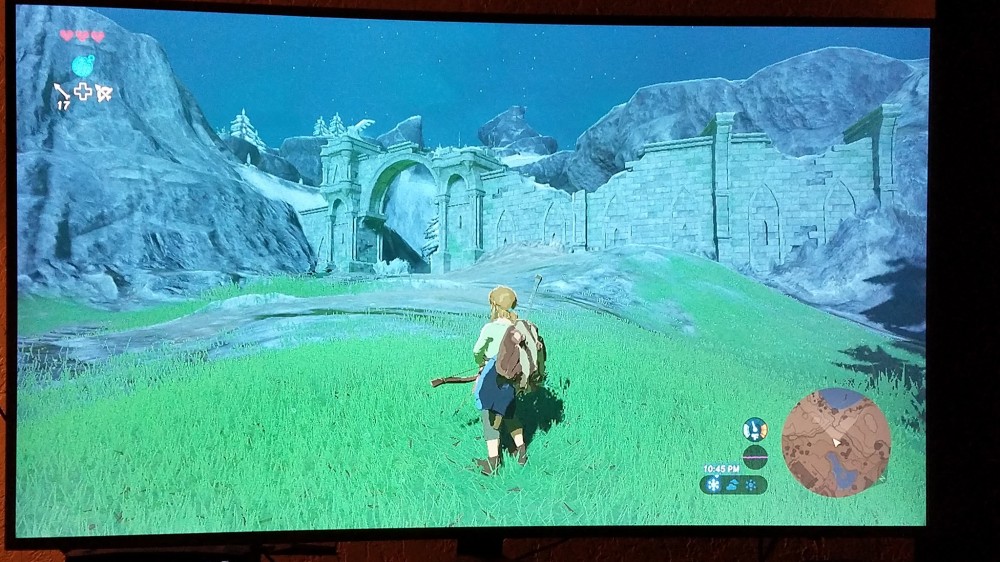 That’s where my adventure ends tonight. I decided I will venture into the brutal cold another time, but I’m still in awe at just how much can happen in Breath of the Wild. I feel like nothing will ever go exactly as planned, and each time I pick up the controller I’ll be left with a different story to tell. I can’t wait to see what lies ahead, and I hope to continue sharing my stories with you.