I’ve had the PS4 Pro for just over two weeks so far and I thought I’d share my thoughts on the system. First off, the Pro is my first experience with the PS4 platform, and the first time I’ve owned a PlayStation since the PS2. I’ve always been more of an Xbox gamer, however with the lineup of recent Playstation games I felt the time was right to see what Sony had to offer.

One of the immediate benefits of jumping into the PS4 ecosystem is access to a whole new world of video games. One of the first games I played on the system was Tales of Berseria, the first game in the series I have ever played, and the only other JRPG I’ve ever played outside of Final Fantasy. I was immediately hooked by the interesting characters and the incredibly satisfying combat system. The game also has a great visual style and some incredible music. Every time I launch it I just let it sit on the menu screen for awhile, enjoying the beautiful theme. 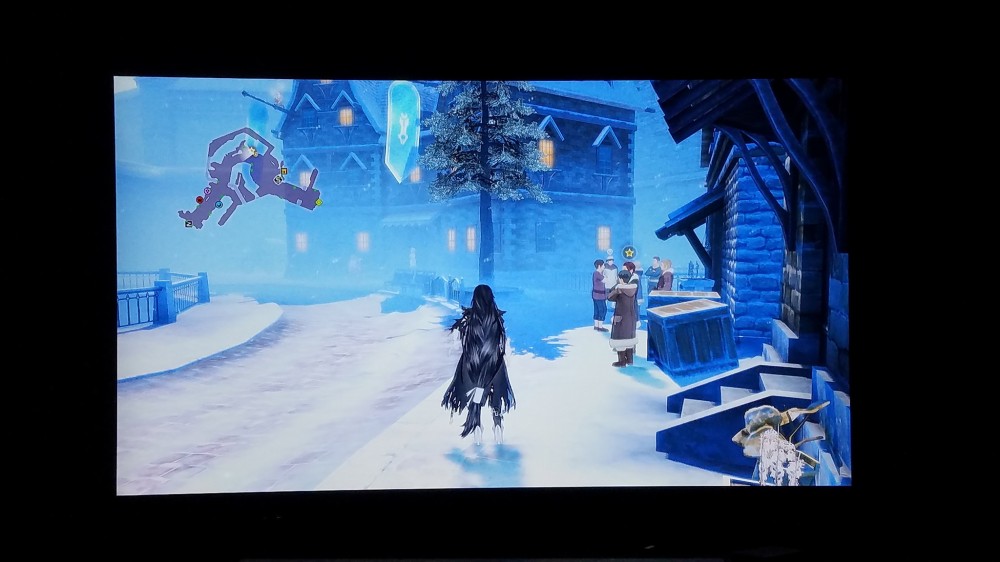 Horizon Zero Dawn has really justified my decision to purchase the Pro over the Slim. The game is visually stunning on a 4K TV with HDR, and it seems to perform better than most console games I’ve played in the past. The game isn’t all visuals though, it’s a blast to play as well. The different bows are incredibly satisfying to shoot and landing a well time shot to either down a foe or knock of a critical component never gets old. Aloy is one of my favorite video game characters to date, and I can’t wait to see what the rest of the game has in store for her. 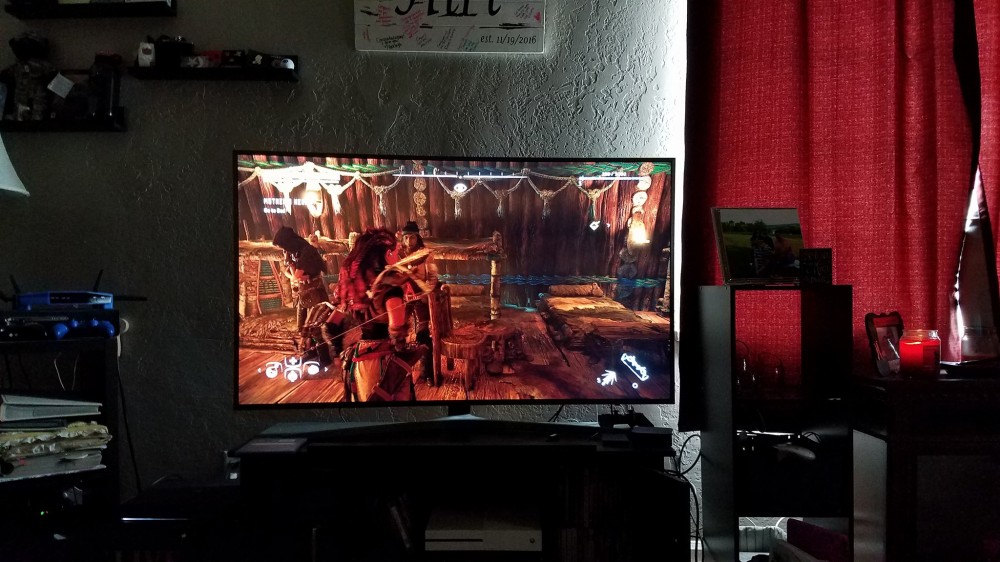 I’ve also been enjoying Until Dawn, Yakuza 0 and The Last of Us Remastered on the system, however they’ve taken a back seat to Horizon and Zelda.

As someone who never really liked the feel of the PS3 controller, the Pro’s controller feels solid and I haven’t had any issue at all getting used to it. I’ve also been impressed with how snappy the system is compared to the clunkier Xbox One interface (though it’s gotten better recently). Flipping through menu items is quick and smooth, and it’s easy to switch between games and apps without much of a delay.

The Pro is also a tempting platform to get VR for. I’ve been thinking about jumping into VR for awhile, and having a Pro has made that decision more complicated. I have a capable gaming desktop, however it is in a small room that wouldn’t be entirely practical for an Oculus set up. I could move the desktop to the living room any time I wanted to mess around with VR, but that would be a nuisance I’m sure. A PS VR would be easy to set up in the living room, but it’s a more limited platform. I was leaning pretty heavily toward a PS VR, at least until Oculus cut its price by $200. So I could spend $499 to get a complete PS VR set up, or just $100 more to get an Oculus. This is a complicated decision that I don’t think I’ll solve any time soon. Maybe I’m better off waiting for a more refined set of VR devices, but I’m also a very impatient man.

Ultimately I’ve enjoyed every minute I’ve spent with the PS4 Pro. The only downside is that it has complicated my decision making process when it comes to third party games. For example, I was previously almost certain I would get Mass Effect Andromeda on the Xbox One, since that’s where I played the previous games, but I had started debating about getting it on PC to put my 1060 to work. Now that I’ve seen just how great Horizon Zero Dawn looks in 4K, I’ve started considering getting Andromeda on the PS4 to take advantage of HDR and a higher resolution. I’ll probably be going back and forth right up to release night, before deciding which platform to get the game for.

The PS4 Pro is one heck of a system. Maybe it seems more impressive to me since it’s also my first experience with a PS4 in general, but I’d like to think that the Pro upgrades give it even more of an edge. The system is incredibly quiet, even while cranking out beautiful visuals in Horizon Zero Dawn, and again I’m in awe at how snappy everything feels. The load times even seem quicker than what I’m used to, but I haven’t played a game like Battlefield 1 or GTA V (which have annoyingly long loads on Xbox One) for reference (Battlefield 1 doesn’t seem to load much quicker on PC, but I’m not sure if that’s more of a server thing).