I’ve been an outspoken critic of phone cases for as long as I’ve owned a smartphone. I used an OtterBox for awhile on my first iPhone, but I never liked how bulky it made the phone. As phones got larger and more sleek looking I became even less of a fan of phone cases. They feel wrong in my pockets, and make phones harder to take out or put away. I’ve tried slimmer cases, but it still has never felt right. So starting with my Galaxy S5 I decided to never use a phone case again. People would often say to me “what a stupid thing to do”, yet I loved the naked phone feel. It felt better to hold a naked phone in my hands, it felt better in my pocket and best of all I always found a naked phone to look better. Designers spend so much time coming up with sexy designs for phones, why cover them in plastic and rubber? 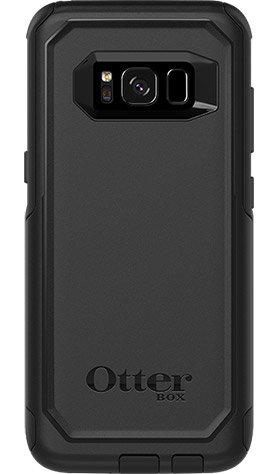 Maybe I was just lucky, but I never seemed to drop my phone. It actually seemed like I dropped phones more often with cases on them because they were bulkier and never felt right trying to shove them back in my pocket. Then came early June, about a week before I was set to go on vacation this year. I was using my phone to read some articles on the internet, while….on the toilet (as people do), and when I was…..finished, I put my phone back in my pocket and began to stand up. I had barely even moved when the phone slipped out of the pocket and landed face down on the tile floor. There was hardly an impact, and I left it lying on the floor for a moment. After I washed my hands and picked it back up I felt a sinking feeling in my stomach as I saw the entire top left hand side of the screen was cracked. It spread all across the top of the screen, seemingly originating from the curved edge of the phone. I was astonished that such a low impact fall could do so much damage. 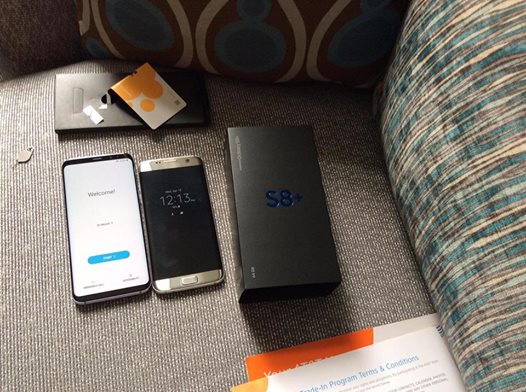 I normally don’t sign up for cell phone insurance, but for whatever reason when I upgraded from the S7E to the S8+ I opted in, despite the cost. Unfortunately, it would still cost $250 to exchange the phone, which was not a pleasant expense the week before a vacation. In retrospect I could have probably waited until after vacation to replace it, but with every passing moment the cracked screen bugged me even more so I bought the bullet and filed a claim with AT&T (Asurion). The process was surprisingly painless as the replacement phone arrived on my doorstep the very next day and I sent the broken phone back in the same box.

Unfortunately, a few days into my vacation I found out that the replacement phone they sent me had touch screen issues. It’s hard to describe, but basically the bottom half of the touch screen was defective. If I were trying to scroll through my Facebook feed with my thumb it would randomly stop registering the swiping motion and instead register “clicks”, resulting in me constantly clicking on links or the like button unwillingly. I called Asurion and described my issue, and they promply sent me another replacement, no questions asked (I really expected it to be a struggle to get anyone to believe me) and so far the replacement has been doing fine. 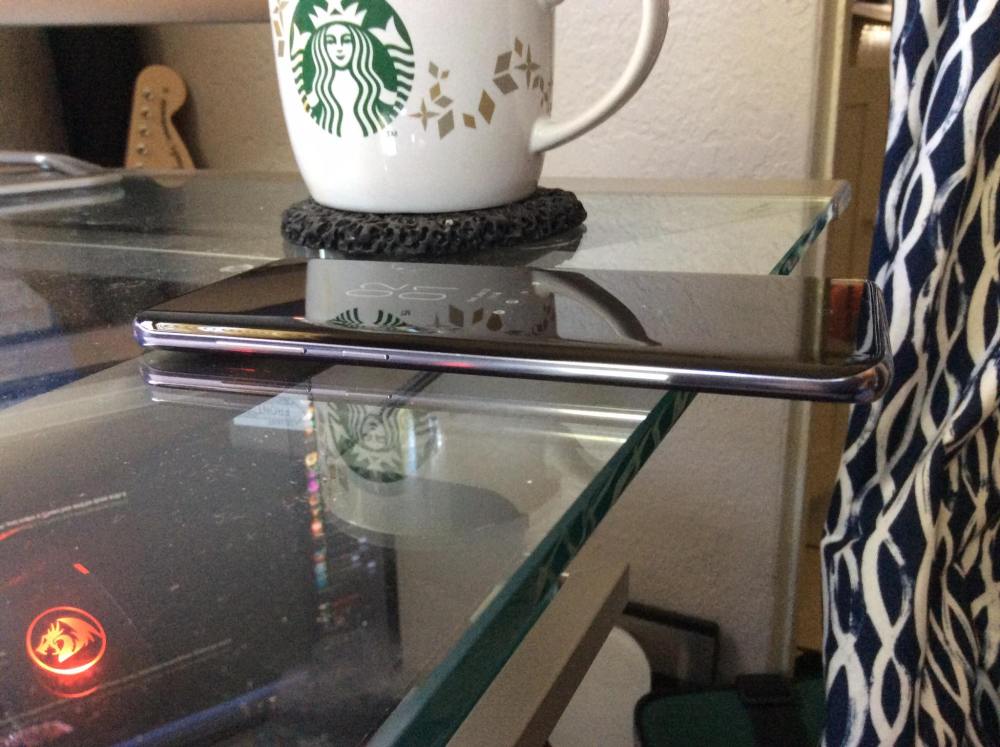 You’d think after that experience and the dent it made in my bank account I’d finally see the value of having a case on my phone, but you’d be wrong. When I got the replacement I did go out and buy a case, but it only stayed on my phone for about a week. I couldn’t stand how it made it more difficult to get the phone in and out of my pocket, and the extra weight it added. I also love the way the S8+ looks lying on a table. It’s a sexy looking phone, and I’d rather look at that than a chunk of rubber or plastic.

It’s possible that another accident will happen (I’d say it’s probable), but I’ll continue taking that risk in favor of an aesthetically pleasing device. Of all the smart phones I’ve owned I’ve only managed to break one, so maybe I’m due for another six years without dropping one. Let’s hope.