I’m here in Las Vegas this month for work, so what better time to watch The Gambler! I had wanted to see it for awhile, but never got around to it, so I finally picked it up from Redbox this weekend.

Mark Wahlberg plays the character Jim Bennett wonderfully, and it was both agonizing and enjoyable to watch his journey to and out of rock bottom throughout the film. John Goodman and Brie Larson are also incredibly enjoyable to watch, and both play their characters well.

The transition scenes that count down the days until Bennett’s deadline to repay his debts, and the beginning of his romance with Larson’s character are some of my favorite parts of the movie, but the thrilling conclusion and the runup to it is just as good. I definitely recommend checking out The Gambler if you haven’t already. 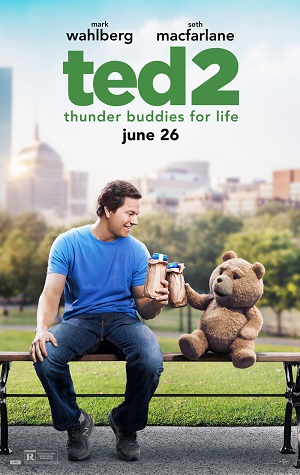 Yesterday afternoon we made it out to see Seth MacFarlane’s Ted 2. The original Ted was a movie that had me laughing from beginning to end, however it was hard to convince people it was worth seeing as most just thought the concept was silly.

So far Ted 2 hasn’t really made much of a splash at the box office which had me doubting whether it’d be worth seeing, but I’m happy to report it was an enjoyable experience. The theater was rather empty, however it was a 1:30 showtime on the Fourth of July, so that wasn’t unexpected. I’m a little bummed we didn’t make it out to see it on opening weekend since it’s always a blast seeing comedies in a packed theater, but it was still enjoyable.

The movie had us laughing pretty hard quite often, however it’s not as outrageously funny as the first for sure. A lot of the jokes are quite predictable for anyone who’s seen the first film or has watched a lot of Family Guy, yet they still were able to produce laughs. Some of the more unpredictable moments really hit their marks, unfortunately a lot of these moments come from the supporting cast.

There are a few things that I didn’t like at all about Ted 2, one of which being the opening credits. They were well produced, but it seemed like they just dragged on which was a bit of a bore. The movie is also a bit slow moving at times, mostly while trying to set up the plot which is a bummer. Sometimes I wish comedies didn’t even bother trying to set up a coherent narrative, and I think the narrative is Ted’s weakest point. It’s the moments in-between pivotal story moments that really shine, and luckily they’re able to produce enough laughs to make the rest of the movie bearable.

If you enjoyed Ted, or love Seth MacFarlane’s sense of humor you’ll probably enjoy Ted 2. Is it spectacular? No, but it’s still an enjoyable ride.

This past week I watched two movies on Netflix that I didn’t think would be that great but actually turned out to be pretty entertaining.

The first was Pain & Gain, starring The Rock and Mark Wahlberg. Going into it I had no clue what it was about, and although I like Wahlberg, I never really thought The Rock was a great actor. He proved me wrong in Pain & Gain. His character was quite amusing and portrayed quite well throughout. The story kept me entertained as much as the characters did and I’m glad I ended up giving it a chance.

Last night, on a whim, I decided to watch The Art of the Steal, another movie I had never previously heard of. At first it seemed like a typical B action movie, but it had something extra that kept me from turning it off. I like movies with a bit of mystery and the potential for a plot twist and I ended up riding it out to the end and found it to be quite rewarding. Is it a movie I’d recommend renting? No, but if you have Netflix it’s worth turning on if you can’t decide on anything else to watch. 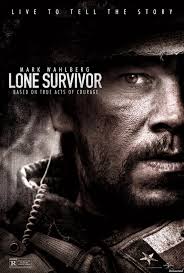 Last night we watched Lone Survivor, the true story of how Navy SEAL Marcus Luttrell became the lone survivor of an operation gone horribly wrong. The movie is action packed yet it also hits your emotions hard. The firefight scenes are intense and the firing doesn’t stop until the very end. The story is quite remarkable and I highly recommend it.