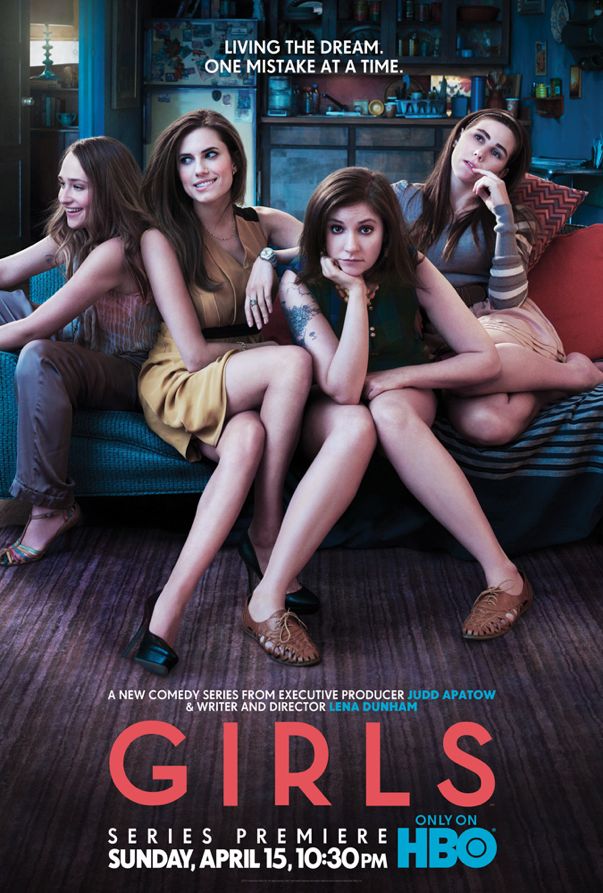 I just finished watching season one, episode one of the HBO show girls produced by Judd Apatow and I have to say I like the show quite a bit so far. The characters are interesting and I already want to get to know them more. I especially like Hannah as a character. There’s something about the way she dresses, the way her hair is and the way she carries herself that I can’t help but like. As someone who thought it was a great idea to be an English major in college, I can relate to the ‘what do I do now’ situation she finds herself in. Heck, I still don’t have the answer to that one.

Hannah is played by Lena Dunham who is also the show’s creator. I had not previously heard of her, but she does such a great job in Girls so far I’m sure we’ll all see more of her in the future.

I’m looking forward to watching more of the show and seeing where things go from here. 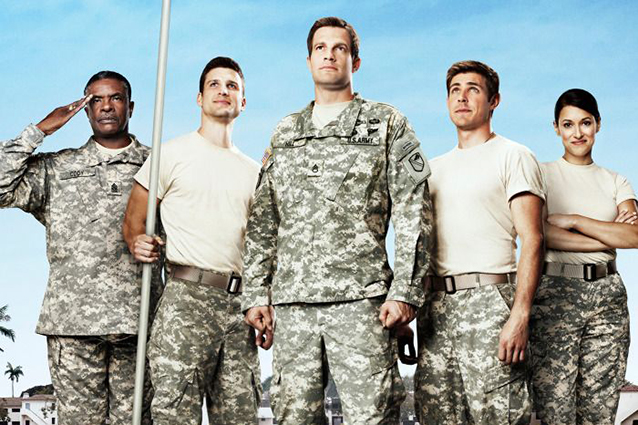 On Friday we watched Fox’s new comedy, Enlisted. I didn’t expect a whole lot, but it was one of the funniest shows I’ve seen in awhile. The characters are quite entertaining and the acting is quality. The show parodies military life, but it doesn’t offer an accurate depiction at all. I understand that’s not the goal, but being an enlisted member of the Air Force I kept getting distracted by the fact that the characters often wear their uniforms incorrectly, and they all need haircuts. Regardless the show was funny and entertaining throughout and I look forward to next Friday’s episode.

I’ve read Enlisted debuted to low ratings, which is unfortunate but to be expected on a Friday night. I hope they move the show to a better time slot so it can make it through the season without being canceled.

EDIT: I’ve been made aware of this video below and think it’s great! Big thumbs up to Enlisted!

Tonight was the mid-season finale of The Walking Dead (it returns in February :/) and it was one of the most thrilling episodes of the season. The Governor and his new recruits showed up at the prison fence heavily armed (and with a freaking tank!). A handful of people died, but I honestly expected it to be worse. It’s been awhile since I’ve read the comics, but I feel like the TV show has been taking it easy on people. Sure Hershel’s death was tragic, and baby Judith’s implied death was heart wrenching, but I kind of expected more main characters to die. I can’t quite remember who all dies at this point in the comics, but I thought I remembered the prison attack being worse than it was portrayed on the TV show. Maybe I’m wrong. Anyway, ultimately the Governor was killed once and for all (though maybe we’ll see zombie Governor? I suppose not, since he was presumably shot in the head). I wanted Rick to kill the governor, I feel like his death was a bit cheap. It’s going to be a long two months but I’m excited to see where the show goes next. Maybe I’ll catch up with the comic in the meantime. 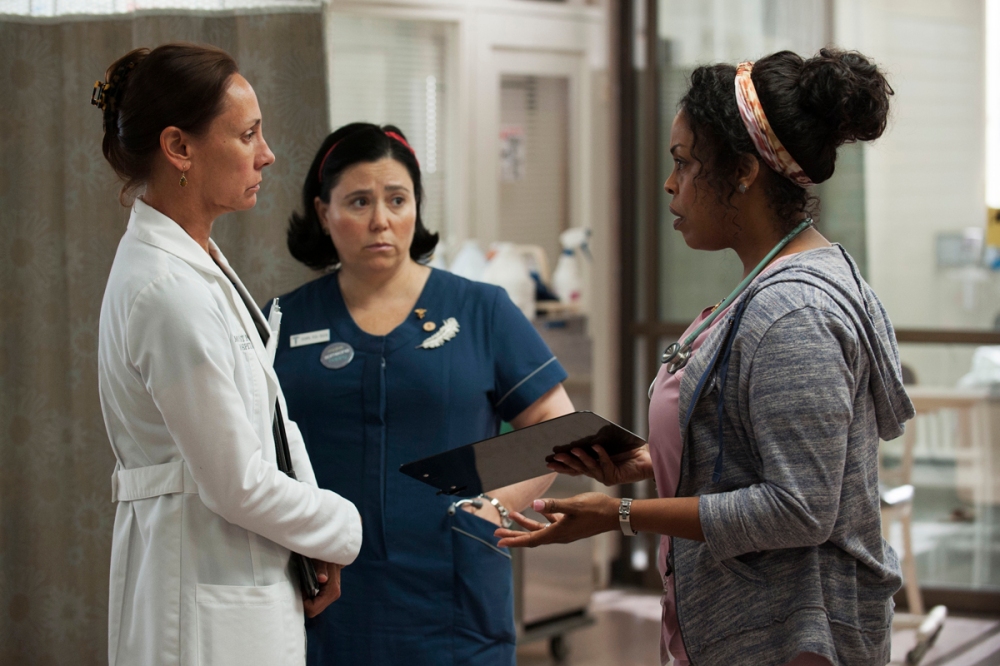 The second episode of Getting On centered around an unruly patient who provided quite a few laughs. The shows comedic moments are great, however there’s a lot of dry dialogue between the laughs that tend to slow things down and cause my attention to start to drift. After the first two episodes I’m not sure if I’m going to keep following the show. Have you watched it? What do you think of the series so far?

Tonight was an interesting night on TV kicked off by the next to last episode of The Walking Dead this year (which has its mid-season finale next Sunday). This ‘Governor’ centric episode was more exciting than last week’s and the arc will climax next Sunday in what is sure to be the most action packed and dramatic episode yet. I’m looking forward to it because I feel like this season has started off slowly. Unfortunately, I’m sure we’ll be left with a cliffhanger and will have to wait until spring to continue watching. I’m not a huge fan of the split season format, but I guess it means we get to enjoy The Walking Dead through more of the year.

Next we watched the latest Simpsons and Family Guy. I have to say the killing off of Brian Griffin was quite tragic and I’m not entirely happy with the decision. We knew going into the year a Griffin was going to be killed off, but I entirely expected it to be Meg or Brian since they’re not voiced by Seth MacFarlane. The new dog, Vinny, is not an enjoyable character and not at all a suitable replacement for Brian. I understand they wanted to shake things up, but I can honestly see myself losing interest in the show with one of my favorite characters gone.

We also watched the premiere of the new HBO series Getting On, which started its 6 episode run tonight. Getting On is based on the British TV show of the same name and is a comedy that takes place in a hospital’s geriatric extended care unit. I figured we’d give it a try as Vanessa works in a retirement home and we figured it’d be amusing. It seems like a good show so far. The show stars Laurie Metcalf (Jackie from Roseanne) as Dr. Jenna James who is quite obsessed with her fecal matter study. Alex Borstein (the voice of Family Guy’s Lois Griffin) plays head nurse Dawn Forchette. I look forward to seeing how the series progresses.

Lastly we got back into Showtime’s Masters of Sex by watching the third episode. We have the series DVR’ed and I look forward to watching more of it during the long holiday weekend. It’s a good show that seems reason enough to keep Showtime for now. The plot is starting to thicken and I can’t wait to see where it goes next.

Last night was the series finale of one of my favorite shows: Breaking Bad. The finale was fitting for the series, but I have to say I had more fun watching seasons two and three than four and five. It was a fun ride and I enjoyed almost every moment (looking at you ‘fly’ episode!). Now maybe I’ll finally get around to finishing season three of Game of Thrones. Maybe that’ll end on a happier note ;).

I also DVR’ed the premiere of Showtime’s new show, Masters of Sex, but haven’t gotten around to watching it yet. 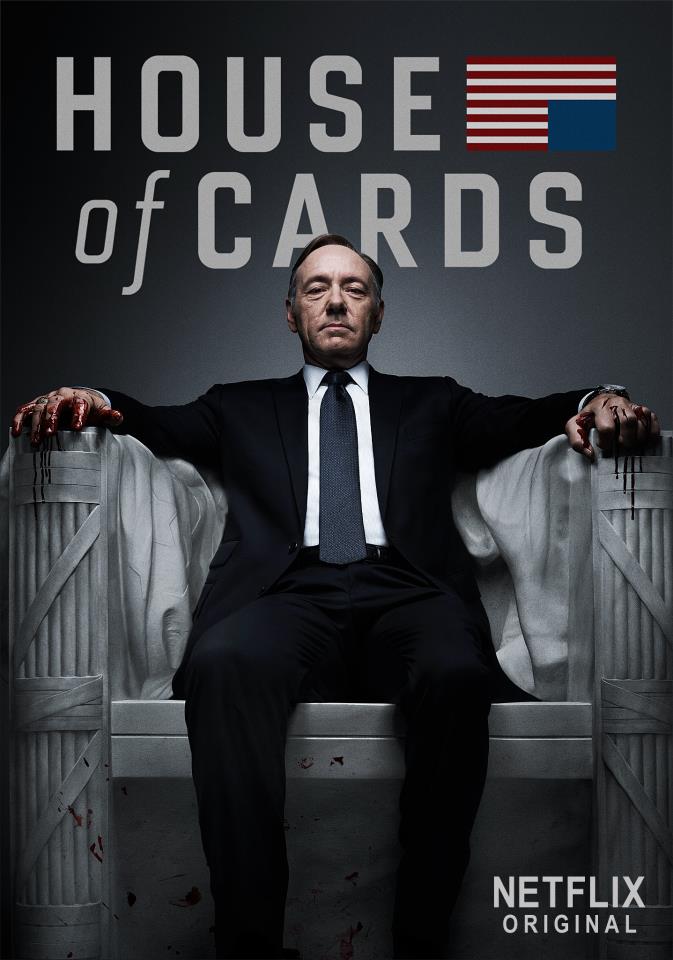 Netflix is getting more and more into original programming with the return of Arrested Development and the Lilyhammer series. Today its newest original series, House of Cards, debuted with all 13 episodes of season one available on day one.

House of Cards stars Kevin Spacey and its list of producers include David Fincher (Fight Club, The Social Network), Kevin Spacey and Eric Roth (Forrest Gump, Extremely Loud and Incredibly Close) among others.

I haven’t watched it yet, but the show looks quite interesting. I’m definitely looking forward to watching it. Many people are discussing just how they’ll go about watching the series. Would you try to watch the entire season at once, or one episode a week? The nice thing about Netflix’s distribution method is it’s entirely up to you to decide. It’s “on demand” in a sense. This seems like it’d take away from the social aspect of watching a series. For example every Monday you might hear people at work talking about the previous night’s episode of The Walking Dead. With House of Cards some of your friends may watch the entire series by the time you’re only on the second or third episode.

With its original programming, Netflix hopes to change the way television works. Reed Hastings has said:

Imagine if books were always released one chapter per week, and were only briefly available to read at 8pm on Thursday. And then someone flipped a switch, suddenly allowing people to enjoy an entire book, all at their own pace. That is the change we are bringing about. That is the future of television. That is Internet TV. [CNET]

I certainly look forward to the future of Netflix programming, and agree entirely with Hastings’ statement that the viewer should be in charge of how they consume their content. I look forward to checking out House of Cards this weekend, and will be sure to return with my thoughts on the series.